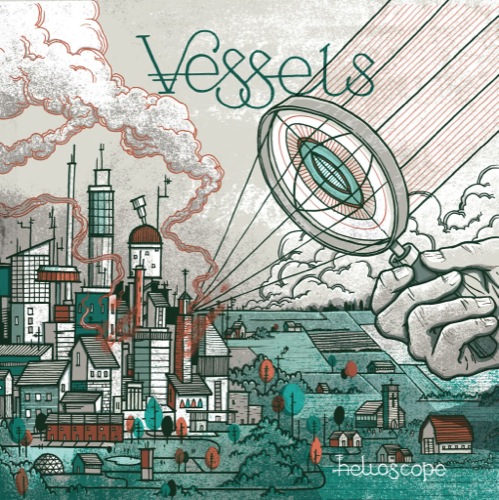 If this second album from Vessels overwhelms, it’s more for the test of aural endurance it poses than for being truly groundbreaking. Blending technological experimentation with more traditional musicianship and running the genre gamut from acoustic to Rage Against the Machine style rock, it runs the risk of becoming experiment for experiment’s sake.

Heavily percussive with an unrelenting quality almost throughout, it’s difficult to imagine a context for this album. Though Recur and All Our Ends open in the style of indie crowd-pleasers, it’s not long before they divert from this path entirely. Similarly, slower, ballad-like tracks like Spun Infinite somehow demand maximum alertness, making it impossible to relax and unwind.

So dominant are the instrumental and effect-driven elements of this music that vocals are perpetually muffled, lyrics lost, and along with these, meaning. Vessels is without doubt an ambitious band gaining in reputation, but with Helioscope, the boundaries are pushed perhaps a little too far. www.vesselsband.com