Opening on 10 January, an exhibition of new work by Thomas Struth will be on display at the Marian Goodman Gallery. Known for his black-and-white street scenes, family portraits, landscapes and culture-scapes, architectural photographs, museum and church pictures, Audience series, and industrial pictures, Struth’s most recent body of work, shown at the gallery in 2010, investigated the structural complexity of techno-scientific spaces throughout Asia, Europe and the Americas.

For his current exhibition Struth shows a new series of pictures in which he again penetrates key places of human imagination in order to scrutinise the landscape of enterprise, invention and digital engineering as well as the complex hidden structures of advanced technology–image makers and industry–in relation to culture and history. Taking an archetypal site for the creation of cultural dreams and imagination, one group of pictures depicts panoramic views of Disney’s theme parks in Los Angeles–an iconic place of imagination and one which has globally shaped human fantasy. A second compelling and dynamic group of works investigates new sites of technology, and provides a continuum into the charged backdrops of science and industry and our shared contemporary reality.

Struth’s several important solo exhibitions have included a European retrospective exhibition in 2010 to 2012 Thomas Struth, Photographs 1978-2010, shown at Kunsthaus Zürich, Zürich, Switzerland; K20 Kunstsammlung Nordrhein-Westfalen, Düsseldorf, Germany; Whitechapel, London, UK; and the Museu Serralves, Porto, Portugal (2010-2012), as well as an acclaimed U.S. national tour in 2002–2003, which included the Metropolitan Museum of Art in New York, the Dallas Museum of Art, the Museum of Contemporary Art in Los Angeles and the MCA in Chicago.

Recent and upcoming projects include an honorary residency at the Villa Aurora in Los Angeles (2013-2014); and an honorary fellowship awarded by the Royal Institute of British Architects (RIBA) which will be presented in London in February. A publication titled Walking on the subject of architectural details has just been published by the LiberArs series at Ivory Press.

Opening on 10 January, an exhibition of work by Thomas Struth will be on display at Marian Goodman Gallery. Struth’s recent series investigates the complexity of techno-scientific spaces throughout Asia, Europe and the Americas. 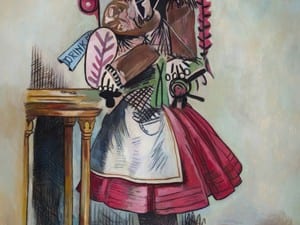 Wolfe von Lenkiewicz s a British artist who utilises well known imagery from art history to create new hybrids that have an immediate sense of the familiar. This process of re-sequencing creates ambiguous and multi-layered creations. 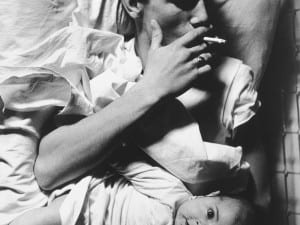 Widely considered one of the most important and influential photographers of his generation, American artist Larry Clark explores youth culture through his renowned and controversial projects.