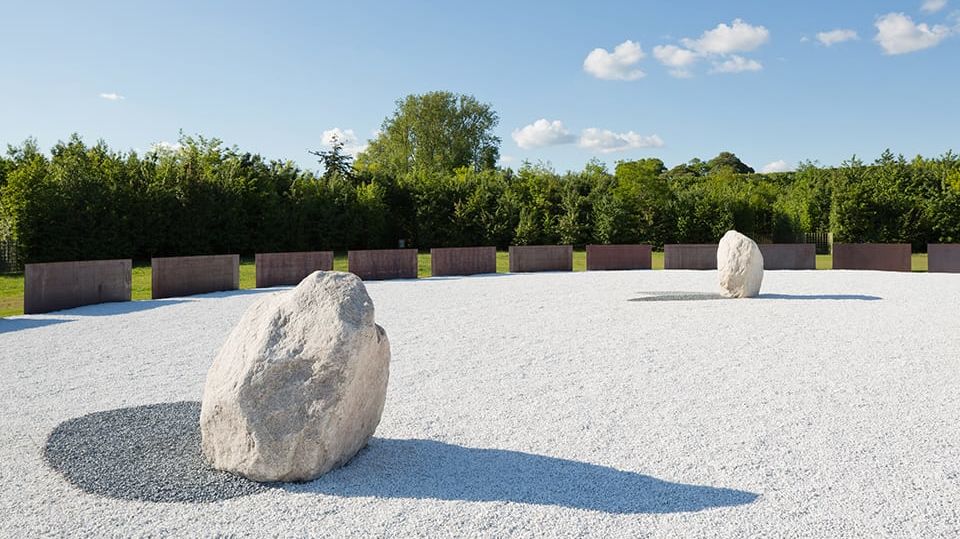 Do objects have souls? If you embrace the integrity of materials, then yes. At least, so says Lee Ufan (b. 1936). His largest outdoor sculpture project in the USA consists of mostly unaltered boulders and stainless-steel plates arranged carefully to create a “space where you can feel mystery, relatedness” between humans and the natural world. This is also the first site-specific commission by a single artist to fill the Hirshhorn’s, Washington DC, 4.3-acre outdoor plaza, with 10 new works from the ongoing Relatum series.

“Modernism is connected to colonialism and imperialism,” Ufan explains about the inspiration behind the installations. The sculptures create “cracks” in the museum’s perfect, motionless concrete ring building, designed by Gordon Bunshaft. The wind constantly animates Relatum–Box Garden, spreading ripples across a water pool site, surrounded by four stainless steel sheets, whilst reflecting the sky and clouds above. In the Relatum–Dialogue, a boulder appears to strike up a conversation with another, which turns away, uninterested. They are placed on white gravel, similar to that found in a Zen garden. Morning shadows are painted on the ground, so that there are two shadows (the “real” and the created one) except for a brief moment each day.

The contrasting juxtapositions are especially evocative because no material is treated as superior to another, whether natural or manmade. Ufan elicits sensations and responses in viewers, rather than offering straight representation. He doubles as an art critic and philosopher, and has lived and worked in Japan for more than 60 years. There, he became a leading figure of the Mono-ha (“school of things”) movement formed in response to the country’s fast-paced industrialisation. This presentation at Hirshhorn urges the viewer to sit, contemplate and revel in everyday objects.

Until 13 September. Find out more here. 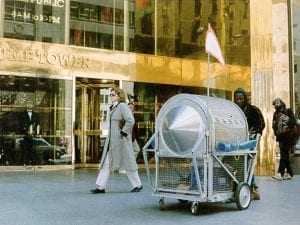 Hirshhorn Museum and Sculpture Garden explores the iconic artistic landscape of the 1980s through a collection of subversive works. 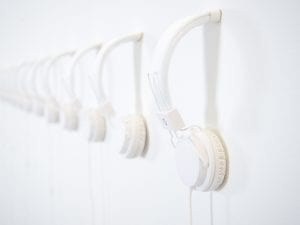 The fifth talk in the series takes place at the Aesthetica Art Prize Exhibition, York St Mary’s, on Thursday 12 May at 12.30pm. This talk, Bridging the Real and Virtual Spheres, is led by Sarah Brown, Curator of Exhibitions at Leeds Art Gallery. 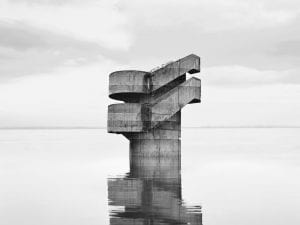 A collection of work by Noémie Goudal comprises constructed images that reinvent built and natural environments through surreal visuals.