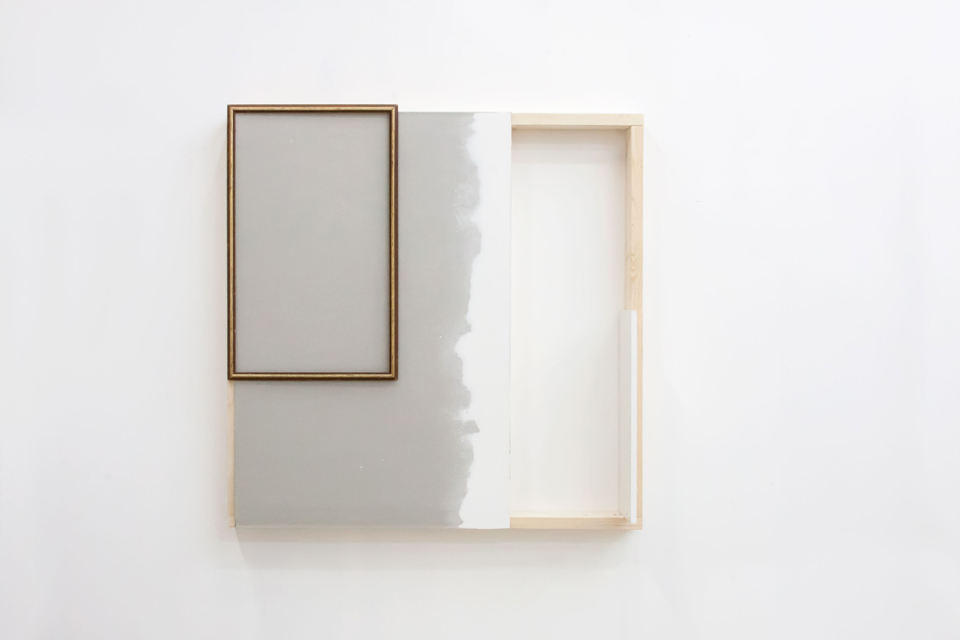 Intimate Material Systems features new works by Miami-based artist Leyden Rodriguez-Casanova (b. 1973). The exhibition consists of a large, site-specific installation and several wall pieces. Rodriguez-Casanova uses basic home construction materials such as wood beams, drywall, and doors, along with hints of decoration such as found gold picture frames and faux marble tile. Elements of his compositions are propped, held, or bolted into unlikely configurations, thereby questioning the stability and freedom we have in making choices about our domestic environments. He speaks to Aesthetica about how he arrived at his minimal aesthetic, class perceptions of prosperity, the instability of our planet and the artist-run exhibition space he runs with his wife, sculptor Frances Trombly.

A: How did you arrive at your materials?
LRC: Around 2000, I did a series of photo-based works using old family photographs. I was interested in finding out more about myself and my identity. For example, I did a piece based on photos of my aunt who came to visit from Cuba. She had photos taken of herself in every room of a house while wearing this blue dress. They were scenarios of pride in the American environment, symbols of prosperity, even though it was a middle class house. I became interested in the background of the photos and the idea that architecture is inherently political. I grew up in a household that was green not because it was good for the environment but because it was affordable. We reused everything, from yoghurt containers to plastic bags and we never threw things away. In my practice, the idea of reusing things and giving them a new existence stems from that. Part of my work is performative in that the acquisition of materials is dictated by strict economic limitations. I look for things that are easily replaceable and are part of a larger economic system.

A: You also use materials with faux finishes and aesthetic purposes that, on the one hand, we don’t need, but on the other, we really do need because they make us feel good and give us identity.
LRC: I’ve been talking a lot lately about being a passive participant within the global capitalistic system. The system has a lot of data that allows it to put forward materials for the middle class to the working class to the working poor to acquire a certain component of luxury, for example, with faux surfaces and decorative cabinetry. I’m thinking of how these things relate to our domestic environment because that is the most personal, intimate environment where people can privately express themselves. At the same time, things in that environment are put out there for the banal utilitarian purpose of solving a problem. I’m interested in the nuances of capitalism, the nuances of an immigrant class trying to survive – the idea of a system that makes you believe you can attain success but is so out of reach, of life dictated by survival instinct.

A: In the installation piece, A Divided Structural Composition (2015), you raise the structure off the ground and there are plays of gravity and anti-gravity throughout. Besides being formal exercises, I feel there is a kind of hope in lifting the structures, a hope to defy nature.
LRC: Or being above nature. I think about those terrible images we’ve seen lately of floods and tidal waves, and the impermanence of it all. If you think about it, we live right next to a gigantic container of liquid, and if things were thrown off by a slight bit, we would be gone. If the flood could completely destroy us though, it would be a tiny hiccup, a tiny event in the bigger scheme of things. We talk about catastrophe, but within the larger system, it’s nothing. All these conversations have nothing to do with the planet, and everything to do with our ego.

A: Can you talk about Dimensions Variable, the exhibition space you run?
LRC: Frances and I have been running the project for about five years. There is a rich history of experimental projects that went through spaces like it because you can’t take as many chances in galleries or museums. We raise money through fundraisers and grants. What if we could not only raise funds for the projects, give stipends to artists in the community and from abroad, but also, to fund the practices themselves? I’m looking at the project from the standpoint of the new Internet economy. There are bands putting their videos on YouTube without the middle person and requesting crowdfunding from their fans. You have all these new methods of funding without the projects being compromised by the industry. We’re thinking about how to create a sustainable practice. If we can empower ourselves to raise money, how would that affect the work? We talk with our friends from Europe about how the work from Europe is different. Why? Their funding mechanism is different. Dimensions Variable has multiple functions. Right now, we’re having fun putting on great shows and events, and seeing who else we can collaborate with. 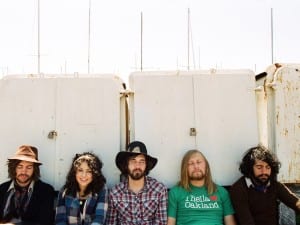 We caught up with Port O’Brien’s lead singer, Van, enjoying his first summer away from commercial fishing in Alaska to chat about life in the burgeoning band. 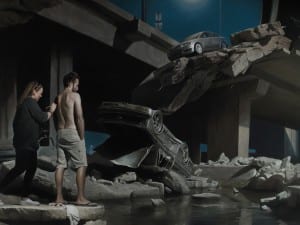 Jonathan Wateridge’s latest show opens at All Visual Artists. It depicts scenes from an imaginary film creating interplay between narratives of fact and fiction. 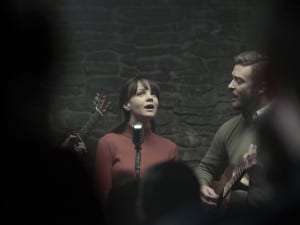 The Coen Brothers’ Inside Llewyn Davis is an intimate tale of the Greenwich Village folk scene of 1961. We speak to cinematographer Bruno Delbonnel about his visual interpretation.