Insight into the work of David Tweedy, Longlisted Artist in the Aesthetica Art Prize 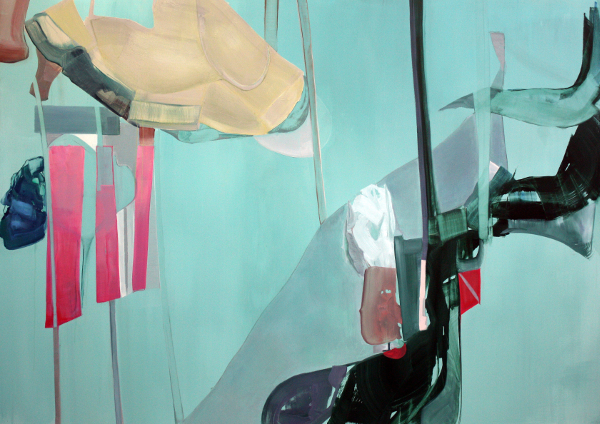 David Tweedy graduated from Newcastle University with a First Class Honours degree in Fine Art in 2013. He is a painter and has exhibited in the north east of England, as well as in London and Vienna. His works look at gatherings of people united in expressing a shared belief system and examine their organisation and movement within and through a particular environment. Tweedy was longlisted in the Aesthetica Art Prize and features in the accompanying publication of top 100 emerging artists from the international contemporary art world. We speak interview Tweedy about his practice to provide an insight into his working methodologies.

A: Your paintings are described as de-constructions, which aim to help the viewer see in an altered way. How do you hope for people to respond to your artwork?
DT: Generally, I want people to gain a sense of the atmosphere of an event where ritual and symbol are used. I am not interested in providing an instantly recognisable environment, where an easily read narrative is in evidence; rather, I want the viewer to feel intrigued by what they see without necessarily understanding it. In this way I would favour a response where many different readings are possible and no fixed meaning has any precedence. By deciding what is revealed and what remains hidden, I can hopefully create an atmosphere where narrative is created and frequently fragmented.

A: As well as intrigue and ambiguity, colour and form are also important aspects in your paintings. How do you select certain colours and different shapes to reflect a mood or theme?
DT: The colours selected in this work all have a relationship to the epic; whether that is a response to the rich palette of Italian renaissance painting and, by extension, the palette used in Italian and Spanish cinema of the 1950s and 60s. The colours of this time are also referenced in stylish paparazzi shots of a brilliantly lit 1960’s Vatican City, the Kennedy’s in cavalcade or in the early polaroid photographs of Balthus at home.

I find the colour photography as well as the images captured throughout this period compelling and iconic. The colours themselves, for me come to symbolise the iconography of the image in their own right and echo the undeniable power present in the original image. This inspires me to evoke a similar sense of power, through colour in my own work.

The shapes used are a direct result from the process of abstracting elements from my photographic source material. I use paint liberally and use the loaded brush in wide gestural marks whilst locating these forms within a controlled context. Again, the epic is referenced by the use of gesture and its nod to the bombast of abstract expressionism in the 1950s and 60s. The size of work is also epic in scale referencing earlier art history painting of the renaissance whilst reinforcing the statement of the canvasses favoured by De-kooning and Pollock. They also reflect the enormous screens used in cinemas to display the overblown epic creations of this period.

A: While your paintings express a timeless fascination with sensory experience, they are also influenced by your childhood memories, framed within a Catholic upbringing. How has liturgy and ritual shaped your practice?
DT: Some of my earliest memories come from attending church services as a child. The environment whether darkly ornate churches or simpler, bare bricked walls displaying stylised post cubist renditions of the figure, gave an awareness of the shifting artistic traditions within church and wider art history. The inherent symbolism in ritual and liturgy hinted at hidden meaning and furnished a fascination for disguise and revelation. The element of not knowing all intended meaning, rather than becoming an unwanted obstacle to appreciation actually increased the sense of mystery, opening up wider, unforeseen possibilities.

A: Who would you say is your biggest inspiration, from the past or present-day?
DT: My icon has to be Philip Guston. The astonishing transformation his work took on still inspires me. The migration between political muralist, abstraction and figuration was courageous but foremost a natural development through an ongoing exploration of his own history. This was especially evident in the late return to figuration in 1970.

Guston’s work represents to me a rigorous exploration of the hidden – this excites me especially when, at the point his work becomes seemingly more revealed, emphatic and solid it is also at its most elusive. He takes great pleasure in rendering the object in startling, simplistic clarity; he exaggerates and is unapologetic but his meaning is ever changing and has no fixed reference point.

A: How does paint as a medium lend itself to your practice? Would you incorporate any other media into your work?
DT: I am a gestural painter and find that paint lends itself to this sweeping movement like no other. The management of this medium; the immediacy with which one can create, its refusal to behave exactly as one would wish continually engages, confounds and delights me. The other medium I would consider introducing at some point into my practice would be film. I have an interest in the picture frame and its composition in the same way as I would view the merits of a painting and would be interested in combining these two mediums in some way. This may provide an opportunity in the future, but at present I feel there is so much to engage with through painting.

A: What are your current and upcoming projects?
DT: I have just held my first solo exhibition, Address Unknown, which was housed in a church and provided an excellent counterpoint to my work: the definite and unmistakeable against the shifting and unfixed. An interest in the Carnivalesque tradition in art history and its intriguing relationship to the controlling hierarchy in the form of the Church helped inform this work.

It had also influenced the decision to exhibit my work within a particular Christian setting; this anchorage within the particular was a challenge but also mirrored the co dependency of censure, restriction and freedom implicit within this tradition. It neatly reinforced the paradox of these two elements working together and was realised in the unification of content and setting.

I am involved in a collaborative festival in Newcastle in autumn 2014 and plan another solo show before the end of the year. I am also applying for a several residencies both in the UK and overseas. 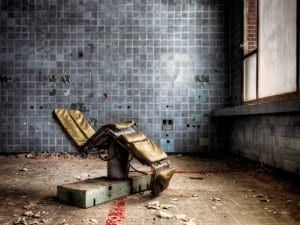 The series of art talks at the Aesthetica Art Prize Exhibition concludes with a discussion led by Mark Doyle, Head of Collector Development North for the Contemporary Art Society. 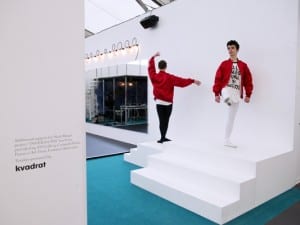 Like some sort of spandex-clad somersaulter often found in the medium itself, performance art has, in recent years, acrobatically risen to become the red-hot property in today’s contemporary art world. Ever since the mid-1960s, artists have been utilising the experimental to evoke radical messages. 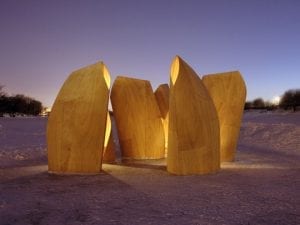 Ubiquitous, cheap and light, plywood is the focus of an exhibition opening at the Victoria and Albert Museum, London, this summer.