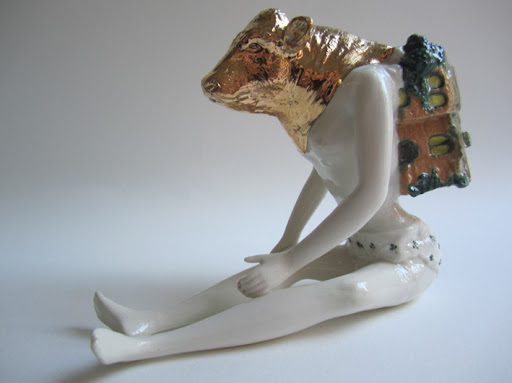 The PS² in Belfast is a gallery dedicated to platforming projects and exhibitions of an experimental socio-political nature. Through this open-ended approach the curator, Peter Mutschler and curatorial adviser Ruth Morrow have attracted a high standard of proposals to the gallery’s program. The current exhibition by renowned artist, Ursula Burke I can’t go on. I’ll go on confirms their vision.

The exhibition’s title is derived from Samuel Beckett’s novel The Unnamable (1953). The two statements, taken from the closing lines of the protagonist’s narration, sit in polarized opposition to one another yet present a stoic assertion in the face of despair. This sense of ambiguity is also evident in the works on display.

On entering the gallery space one encounters thirteen wooden armatures protruding from two facing walls. Each holds a small-scale porcelain sculpture in their outstretched ‘palms’. With the works free from the hindrance of a glass case the viewer can move around each one, allowing greater intimacy. The style in which this display is presented evokes images from Cocteau’s classic film version of the fairytale La Belle et Le Bête (1946). In the Beast’s castle utilitarian objects become animated and in one scene human arms stretch from the walls holding candelabras to light the way. The domestic scale of these reconstructed ornaments intensifies the sense of rage directed towards all social repression that is reinforced within the home.

The first sculpture is of an auburn haired porcelain doll named Rua, the Gaelic word for red, and she heralds the starting point in the exhibition. The doll’s face is decorated with rows of small pink roses, covering the mouth, nose and cheeks. Even though Rua is clearly stifled and masked by these decorative barnacle-like flowers, she still has a story to tell. The pale pink roses seem symbolic of an adolescent girl who has yet to blossom into womanhood. The child that Rua represents is stifled by social expectations in relation to being female, external assumptions about innocence and emergent sexuality repress her. Comparisons can be drawn with Angela Carter’s modern adaption of the red riding hood character Rosaleen, in the novel The Bloody Chamber(1979). The author’s collection contemporizes classic fairy tales to address female sexuality; in particular the pubescent, liminal stage between childhood and adulthood. The artist perhaps places Rua in the same context as Carter’s Rosaleen, personifying the affect of socially repressive morality that patriarchal religious restrictions have placed upon the female body.

Folklore, fairytales and the re-telling of myths underpin the thematic structure of the exhibition. One myth indoctrinated by the Catholic Church is the ‘sinless’ conception and birth of Jesus by the virginal Madonna. Burke has appropriated the iconic statue of the Virgin Mary depicted with her arms outstretched, palms turned outward and head lowered in a gesture of passive acceptance. The artist conceals this ‘vessel’s’ face and regales her customary blue and white garments with an exquisite white porcelain shroud that has been decorated with small shamrocks. At her feet a pair of Converse baseball shoes have replaced the serpent and the rose. In Modern Mary, the statues significance has been diminished to a national tourist symbol one which is bound up in the old patriarchal order and equivalent to other consumerist icons. It is no longer relevant to the expectations of a woman living in contemporary Ireland.

Throughout the exhibition Burke formulates a storytelling narrative that comments on the deconstruction as well as reconstruction of an Ireland past and present. Failte presents a small vignette on the demise of a romanticized rural Ireland. A decapitated farmer stands, head in hand, flanked by the unsympathetic figure of a suited real-estate agent and a chicken farmer who is sinking fast into a bog surrounded by his drowning flock. The aptly titled piece Safe as Houses brings into play the cautionary tale of the three pigs as a caveat to the collapse of the building industry. In The Burden a female Minotaur with a golden head sits saddled with a house strapped to its back. The combination of this pagan demigod’s masculine head transplanted onto the torso of a fragile porcelain doll’s body is a perfect example of the ambiguity mentioned earlier. The hybrid form contains within it a duality heavy with symbolic resonance. The weight of domesticity exhausts both the corporeal and the divine.

The last work in the series, Portrait of an artist-After Artemisia Gentileschi, sits in direct conversation with its opposite number Rua on the adjacent wall of the gallery. A now adult figure is still hampered by expectations placed on the female and she is burdened by her chattels; a designer bag, mobile phone and camera. Her back is stooped, and a large rat is riding on her back whilst another peeks out from under her dress. Both perhaps represent rogue parasites that become fellow travellers, latching on when we are too weary to resist. Or perhaps they echo life events that have led to the artist’s identification with a female artist of an earlier time who suffered from the chauvinism of her age. This is an exhibition rich in potent imagery and stimulating connections. There is a delight and excellence in the construction of the objects, that perfectly reflects the consideration given to the themes that underpin the collection.

Aesthetica Magazine We hope you enjoy reading the Aesthetica Blog, if you want to explore more of the best in contemporary arts and culture you should read us in print too. You can buy it today by calling +44(0)1904 479 168. Even better, subscribe to Aesthetica and save 20%. Go on, enjoy! 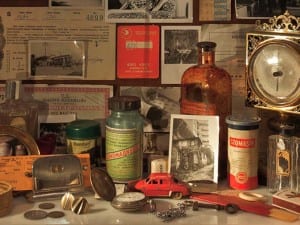 Created by the Nobel Prize-winning novelist Orhan Pamuk as a physical manifestation of his text by the same name, The Museum of Innocence is relocating from its Istanbul base to Somerset House. 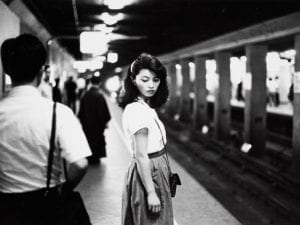 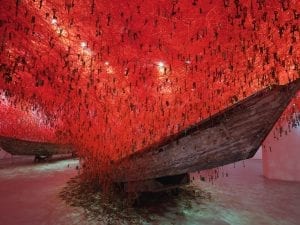 Building upon an established creative legacy, the year ahead at YSP is set to feature ambitious interventions in the park’s historic landscape.