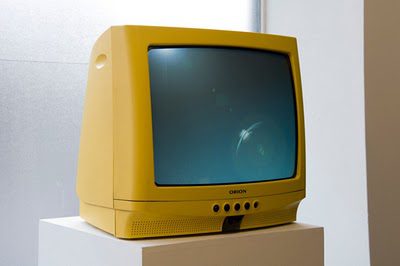 Review by Emily Sack, a candidate for the MA in Art History at Richmond the American International University in London.

“This is our romance,” state artist duo and new gallery owners/curators Samuel Levack and Jennifer Lewandowski in reference to the name of French Riviera 1988 that opened in February in East London. The inaugural show entitled Horizon Hypnotique features the work of Levack and Lewandowski as well as six other contemporary artists.

The romantic title of the gallery and exhibition create an atmosphere of imagination and escapism. The works alternate between taking the viewer far from ordinary life and rather existential themes. This undulation of perceived location within the exhibition transports the viewer around the world multiple times before bringing them back to London. Most of the pieces deal with implications of exotic locations, but the experiences are somehow familiar.

The first work is off the shoulder of Orion by Kris Emmerson and is a video of a satellite traveling in the Earth’s atmosphere. Though it is traveling many miles at a great speed, the machine almost appears to be hovering in place. It is hypnotic to watch the satellite move amongst the clouds, but it also reminds the viewer how small our world really is. The existential theme is countered by the humour of playing this video on a bright yellow Orion brand television, thus the title refers to both the constellation and the material device.

I Cannot See The […] Caught in the Forest by Lucy Woodhouse brings the gallery visitor back to Earth. The piece contains passport-sized photographs of individuals with closed eyes standing by a storefront in Bethnal Green, the neighborhood of French Riviera. The press release for Horizon Hypnotique refers to this image as a “portrait of Bethnal Green” as opposed to a portrait of individuals. The photographs are repeated in a symmetrical pattern on the green and yellow background. The borrowing of the title from a work by André Breton, the father of surrealism, refers to the unconscious and dream – the various subjects, with their eyes closed can no longer see their immediate surroundings and instead can be transported anywhere their imaginations desire. The juxtaposition of existence and escapism is especially poignant in this piece where the subjects are simultaneously present in a concrete reality and an unknown unconscious state.

The pieces that best represent this contrast between the escapist and existential themes of the exhibition are the two videos by Alex Ressel. Played after each other, Six Miles from Paternoster Square and One thousand Three Hundred and Forty Four Miles from Paternoster Square embellish the common theme of making the strange familiar and the familiar strange. The first video documents a walk in East London accompanied by a soundtrack of various urban sounds including trains, cars and airplanes. The second is taken from an airplane over parts of New Zealand while a soundtrack of ethereal music plays. The obvious contrast here is between the urban and the rural – the mundane and the exotic. However, where Ressel succeeds is in giving residents of London, and in fact most of the urban Western world, a new vantage point of the city in which he finds beauty in unexpected places. On his website, the artist includes walking directions to follow the path he takes in the video inviting the viewers to experience firsthand the reality of London. New Zealand, by contrast, is a beautiful locale frequented by vacationers attempting to escape the modern world. Ressel, by filming from an airplane, distances himself physically from the subject and implies a literal and figurative barrier between the viewer and the sense of pure exoticism. The use of soundtrack listened to via headphones causes the viewer to distance themselves from their current reality and become immersed in the experience of the video.

Overall, though the exhibit was small, Horizon Hypnotique is successful as an inaugural exhibition. The viewer is encouraged to examine their place in the world and their notions of the exotic. Through the alternating, and sometimes juxtaposed, themes of existentialism and escapism, the exhibition relates to the romanticism referenced by Levack and Lewandowski and sets the stage for future projects. 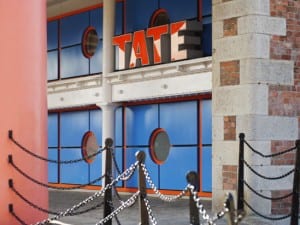 Since 1988, Tate Liverpool has been the home of key art works and attracted 15 million visitors. The gallery has become the most visited venue for modern and contemporary art outside of London. 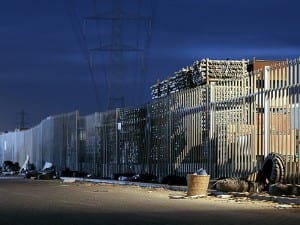 Spectral Images of a Dark City 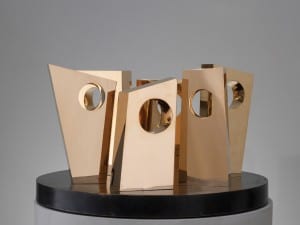