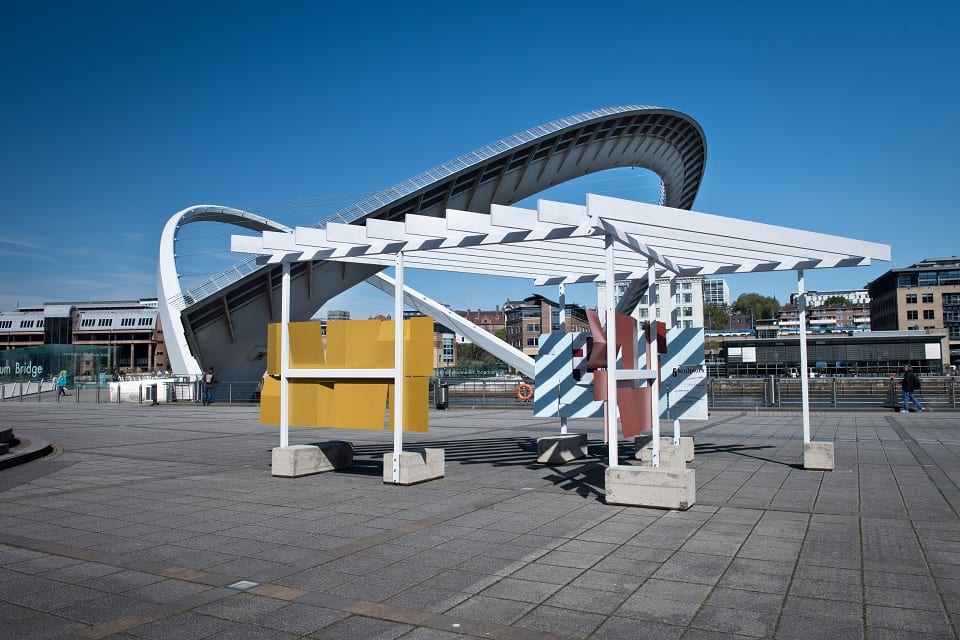 Toby Paterson (b. 1974) has a particular interest in the post-war reinvention of cities under the influence of Modernism and is intrigued by what the cultural outcome of that influence has been. The Glaswegian visual artist has designed a temporary architectural structure that takes inspiration from the Hatton Gallery’s history, collection and archive, touring Newcastle and Gateshead from April – August.

A: The Hatton Pavilion is a temporary architectural structure touring Newcastle and Gateshead until August 2017 – how do you think that inherently the work discusses notions of temporality and functionality in an ever-accelerating world?
TP: Works like this are conceived as something of a punctuation mark in the city, and incidental point that helps to articulate what lies to either side of it. Although the pretext for making the work is related to the history and the future of the Hatton Gallery, the structure as a thing in its own right is really non-prescriptive and open to both interpretation, this notion extending to the engagement those staffing it will have with the passing public. Perceptions of the work will change over time and across the range of sites it occupies, as will its image under the influence of volunteers who will be regularly adding to it by posting reproduction posters from the Hatton’s archive on its surfaces. The aim here is to present a notion of the Hatton’s history in an open and unhierarchical way with hopefully the non-prescriptive nature of the structure pre-figuring future engagements with the gallery, its collection and the wider built environment as framed by the work when looking out from its interior.

A: How do you think that the piece ties into site-specific practices, and by doing so comments on the nature of public commissions where artist and location are bound together?
TP: The work is tied to site-specific practices by dint of its form having arisen from the consideration of how a historical context might sit within a contemporary built environment, both aspects being geographically related across time. Such different “components” don’t necessarily fit together in a homogenised way, so naturally the quality that arises is contrasting rather than neatly synchronised. This suits me fine as it offers an opportunity to place something unexpected within the everyday city scene which, as far as I’m concerned, is something of a hallmark in most successful public commissions.

A: In what ways is the piece autonomous to the landscape?
TP: I think, in the experience of the viewer, the work can’t really be autonomous; it defines and is defined by the landscape. If anything, its separateness might come into play in terms of its temporary nature, meaning it can be considered as a discrete object only once it’s disappeared from the city. We shall see…

A: Where did you get the inspiration for the work?
TP: I’ve long had an interest in simple structures at an architectural scale that aim to crystallise some notion of public space. The aesthetics involved with these are often very particular, relating to several decades of post war reconstruction, but that basic principle when applied nowadays speaks directly of the valuing of public space. When you look around our cities in the 21st century, it’s easy to see that this position is rarely considered worth bothering with, and if civic space is put under pressure and degraded, what does that mean for other public services (and, yes, I include galleries and art centres in this) that are deemed ‘unprofitable’? In a more specific way, the collaborative work of Victor Pasmore and Richard Hamilton has been a big influence on the work, but the Hatton’s history in general, as conveyed through the poster archive had a major impact too.

A: How does it differ to your previous work?
TP: Probably the main difference is the truly peripatetic nature of the work, this being underpinned by the capacity for it to look different from one day to the next as a result of performative actions undertaken by those looking after it and engaging with a potential audience for both it and the renovated Hatton Gallery.

A: How does it reflect the work of Victor Pasmore?
TP: Pasmore is reflected tangentially in the interaction of some aspects of the colour palette and, of course, through some of the reproduction posters that feature his work or were designed by him. I also designed a new poster specifically in response to the wonderful 1960 relief work Abstract in Black, White and Mahogany that is in the  Hatton’s collection. Pasmore’s Apollo Pavilion in Peterlee is also almost talismanic as an influence in my work, ultimately more due to its inability to live up to the artist’s aspiration that it be an autonomous object than in its undeniably engaging form. I always return to the oddness of it so aspects of the thinking around it are inevitably involved in this work.

A: How do you respond to the description that it is an “ode to modernism”?
TP: That’s for the viewer to decide; I like the notion that a work like this can gently lay down the gauntlet and ask someone encountering it to consider their position in relation to the historic resonances of all eras, whether they be deemed “good” or “bad”, that infuse every aspect of the present-day city. 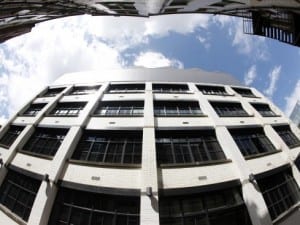 A New Space for the Creative Community in the North-East, BALTIC 39 Opening, Newcastle-upon-Tyne

BALTIC 39 is a new hub for Contemporary Art in Newcastle upon Tyne opens to the public on Friday 6 April. Aesthetica spoke to BALTIC Director Godfrey Worsdale on the gallery’s recent success. 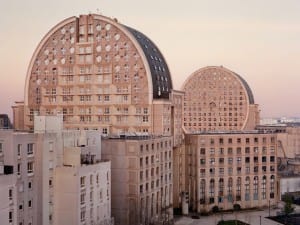 Laurent Kronental’s Souvenir d’un Futur documents the lives of residents in the Grands Ensembles, the distinctive housing projects around Paris. 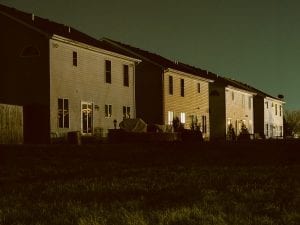 Thomas Jordan is an American photographer, living and working in Illinois. He finds inspiration in Chicago Suburbs, looking for moments of clarity.