Melanie Manchot manages to avoid dramatising the effects of addiction in her current exhibition at the Towner, Eastbourne. At first, the show seems a bit of an odd mix: beautiful photographs of the snowy mountains are followed by a nine-screen video portrait of her daughter. Once a month, for seven years, she filmed her for one full minute. The artist follows in the footsteps of Austrian artist Friedl Kubelka, who famously photographed her daughter every day until the age of 18. Manchot’s version is a slow moving portrait, one in which the personality and the insecurities of her daughter are played out on the screen: at times seeming wildly confident, others, fidgeting, her eyes looking off to the side, self-conscious at being centre-screen.

Following this, Twelve (2015) is a series of video portraits and staged scenes, acted out by real survivors of drug and alcohol addiction. In one, subtitled Letter, we see two women seated back to back. The first begins to read a letter she has written, addressing someone or something, which she refers to as her friend: a friend she has known since the age of eleven and has remained her friend through her twenties and into her thirties. The relationship changes as she describes the friend starting to become possessive – eventually it is revealed that they break up – that the friend is alcohol. It is a moving tribute to a friendship gone awry, and the scene illustrates the level of love that addicts feel towards their substance of choice in this brief recitation.

Twelve manifests itself in different forms: this is the fourth and final stop in the tour of this work, with each city adding something to the work through Manchot’s interactions with drug addicts and their families. London, Portsmouth and Manchester have each added a literal work to the project; a book, a newspaper, a poster, and now, in Eastbourne, a radio program.

The final two video works, Out of Bounds (2016), brings the exhibition cohesively together. Entering a dark room the audience watches snow-grooming machines rise up and down across a ski hill at night, their lights the only source of movement on the darkened hills. Manchot guides the viewer into the adjoining next film; starkly white and bright, you watch two skiers make their way to the side of a steep mountain. One slowly skis away, traversing back the way they have come, the other fumbling on the mountainside for a few minutes before doing the same. A loud boom, the dynamite the skier has planted goes off, and a flood of snow runs down the mountainside. Both films illustrate “man” seemingly conquering the mountain – the works before, humans conquering their addictions. This common theme is perhaps only muddied by the inclusion of ’11/8′, as you would hesitate to say it was about her daughter conquering adolescence.

It is a small show and yet through the works exhibited we, as audience, are given a larger glimpse into the power of the individual and for this it is a success. 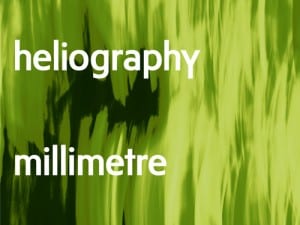 Millimetre never shy away from experimentation, and the white noise, interference and aural impositions of our everyday lives become their canvas. 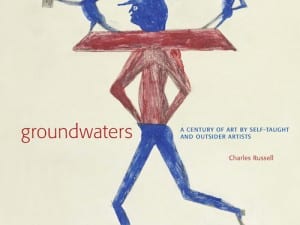 Groundwaters: A Century of Art by Self-Taught and Outsider Artists

Artists who sit outside the traditional cultural framework of the art world often go unnoted; the concept of outsider art still provokes uncertainty, questioning the legitimacy of art and artistic behaviour. 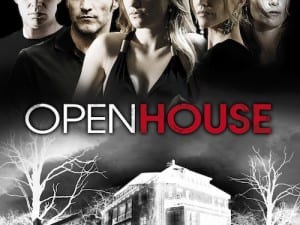 When Alice is imprisoned in her own house by the psychotic David, it isn’t long before David develops a misguided relationship with his prisoner.