Continuing with the theme of photography, following our last blog about Martin Parr’s latest exhibition, we are excited to discover that Eve Arnold (b. 1912) is to receive the Lifetime Achievement Award at this year’s Sony World Photography Awards.

Eve Arnold began working as a photographer in 1946. Having started her career at a film processing plant in New York City, she then began studying photography under Alexei Brodovitch, the art director of Harper’s Bazaar, at the New School for Social Research in New York in 1948. Following her studies, she approached Magnum Photos with a series of work she had taken of migrant labourers in Long Island, subsequently becoming one of the first female photographers to be taken on by the agency. Initially working for the agency as a stringer, she became a full member in 1957, working under the tutorage of founders Henri Cartier-Bresson and Robert Capa.

Fascinated by social commentary from the start, one of her earliest photo stories to be published was of black models at a fashion show in Harlem. After becoming involved in the civil rights movement, Malcolm X personally choose her to follow him on his tours. From the early stages of her career, Arnold photographed a range of Hollywood icons, including Marilyn Monroe, Joan Crawford, Marlene Deitrich and Isabella Rossellini, and developed close relationships with many of her subjects. She moved to London in 1962 with her son and became a regular contributor to the Sunday Times. Except for a six-year interval when she worked in the US and China, she has lived in the UK ever since.

Arnold travelled the world extensively, photographing in China, Russia, South Africa and Afghanistan. Her time in China led to her first major solo exhibition at the Brooklyn Museum in 1980, where she showed the resulting images. In the same year, she received the National Book Award for In China and the Lifetime Achievement Award from the American Society of Magazine Photographers.

Arnold continued to photograph well into the 1990s, and in 1995 she was made fellow of the Royal Photographic Society and elected Master Photographer – the world’s most prestigious photographic honour – by New York’s International Center of Photography. Arnold has had twelve books published, receiving the Kraszna-Krausz Book Award in 1996 for In Retrospect. In 1997 Arnold was granted honorary degrees by the University of St Andrews, Staffordshire University, and the American International University in London; she was also appointed to the advisory committee of the National Museum of Photography, Film & Television in Bradford, UK.

Alongside editing her work and preparing all her archive, Arnold captioned, dated and signed every one of her prints (amounting to thousands) and continued to be an active voting member of Magnum. Following her immensely successful and varied career, Eve Arnold is to receive the Lifetime Achievement Award at this year’s Sony World Photography Awards. She will be honoured at the annual awards ceremony in Cannes on 22nd April, the day after her 98th birthday, amongst leading figures of the international photographic community.

“Over such an incredible life and long career it is difficult to imagine what Eve Arnold did not capture on film, and what she did capture are some of the most abiding images of our time. We are proud and honoured to celebrate her life and work at this year’s Sony World Photography Awards.”

“Eve is utterly delighted to be honoured with this award. For someone who began working in a tough world she never lost sights of her femininity and used her intelligence and powers of observation to succeed. I am still full of admiration for someone who shows such determination, perseverance and courage.”

A retrospective of Eve Arnold’s work, drawn from the Tosca Photography Fund Collection and curated by Zelda Cheatle, will be exhibited in Cannes (22 –27 April) as part of the World Photography Festival which will include workshops, portfolio reviews, student programmes and talks from World Photography Academy members and respected figures of the international photographic community.

The accolade, which was awarded last year to the French photographer, Marc Riboud, was created to honour a photographer for a lifetime of widely recognised and critically acclaimed work.

In the latest issue of Aesthetica we introduced you to the New Generation of British Fashion Photographers and constantly strive to inform our readers about the latest exhibitions, works and up-and-coming names in photography. Previous articles focused on the world of photography have included a report on The World Photography Awards 2007 which can be downloaded for free by clicking here and Diana Scheunemann: Naked truth of an ideal world which can also be downloaded for free by clicking here. 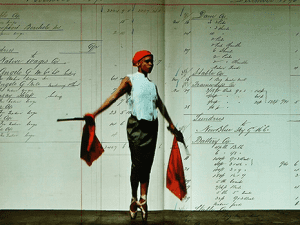 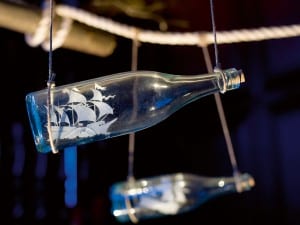 Screened at ASFF 2012, Daddy is a visceral expression of director Sydney Southam’s knowledge of her father’s suicide. The artist film depicts Southam’s privileged, yet tragic background.