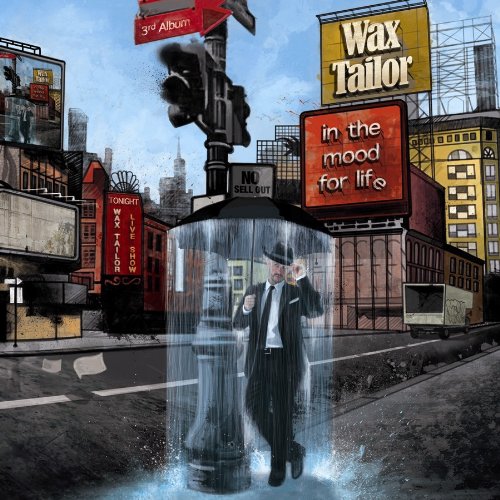 In the Mood for Life
Wagram

Wax Tailor is the working pseudonym of French hip-hop producer Jean-Christophe Le Saoût and In the Mood for Life is his third album under this moniker. Produced in Paris and New York, the album is infused with urban life, celebrating the notion of city living and in Wax Tailor’s words “it’s a long story about New York, because that’s the basis for a lot of things that have influenced me.”

A truly international creation, guest vocalists include Dionne Charles (one of the great voices of UK soul), Scandinavian hip-hop kings, Speech Defect, and the European Collective ASM. In the Mood for Life, is a chilled-out blend of hip-hop, funk and soul, featuring 19 generous tracks. Five of the tracks are short humorous skits, leading into longer songs and the short More Songs skit is a personal favourite, moving into the danceable Leave It with barely a breath between them and perfect timing.

Throughout the album catchy basslines and upbeat horn sections are overlaid with buoyant vocals and rap. It’s a consummate mix of genres, with elements of down-tempo, 1960s pop and soundtracks. Visit www.waxtailor.com for more information.