The Deste Foundation for Contemporary Art is a not-for-profit institution established in Geneva in 1983 by collector Dakis Joannou, originally to support projects of the Contemporary Art Centre of Geneva. But for its very first time shows a selection of the Dakis Joannou Collection in Geneva. The Greek-Cypriot industrialist and art collector reached out to Adelina von Fürstenberg, who had been involved with the foundation back in the 1980s and she introduced the idea of an exhibition to celebrate the foundation to the MAH.

The Deste Foundation, which celebrates its 33rd anniversary in 2016, has just presented Urs Fischer – False Friend, an exhibition at Museum of Art and History. A collective show curated by Massimiliano Gioni. Fischer is one of the most interesting artists to have emerged from Switzerland in the last decade or so. But his work is not so shown or known back in his home country. Dakis Joannou met Urs Fischer in the early 2000s, but he started appreciating and approaching him very well in 2007, when Deste Foundation asked him to collaborate on the exhibition catalogue for Fractured Figure. On that occasion, he ended up taking on the entire project and created both an installation and a book that are among the most radical and remarkable in the history of the Greek Foundation.

False Friends is also as an occasion to show the work of the Swiss-born neo-Dada sculptor living in New York, of whom Dakis owns more than twenty pieces, in dialogue with some of the most interesting artists gathered by the collection, and with whom both the artist and the collector have entertained a continuous dialogue.

In language and translation studies, the “False Friend”s oxymoron suggests couplings of works that appear similar but are profoundly different, offering a reading of the Dakis Joannou Collection. In False Friends, Urs Fischer’s work is seen alongside sculptures and paintings by artists such as Pawel Althamer, Maurizio Cattelan, Fischli and Weiss, Robert Gober, Martin Kippenberger, Jeff Koons, Paul McCarthy, Cindy Sherman and Kiki Smith, all of whom engage with different typologies of themes as: the representation of the human body, the transformative power of materials, and the virtues of subtle observations.

This unusual combination of solo and group shows, opens with Strontium (2015) an eye rotted vertically and enveloped in an apparently thick and gestural flesh-coloured paint that, with a series of simple strokes, located optically at the origin of the world. Within the exhibition, displaced behind Strontium, the “false-friended” artworks are infinitely varied and defined by their own nature. The architecture of the museum suggested a reflection on monumental proportions artworks, which is at the heart of the work of Fischer, as it is often animated by a tension between fragility and durability.

Within the exhibition path, one of his interpretation of a visceral monument is represented by Mackintosh staccato (2006), Spinoza Rhapsody (2006) and Cioran Handrail (2006) juxtaposed with a series of busts by Jeff Koons or with one of Cattelan’s donkeys, a parody of the tradition of heroic monuments. Some might be read s affinities in modes of production, or as materials that similarly seduce with a surface or texture. Some false friends may be found within the oeuvre of an individual artist as inconsistencies that burrow beneath professed or virtual correspondences.

Combining works like Rober Gober’s Dollhouse (1978) in front of Urs Fischer’s Bread House (2004-2006) and putting them in a new context as the ancient, regal MAH halls, developed a new connecting dialogue among two relevant artists, their different approaches and their related disciplines. For example, Fischer’s What if the telephone rings (2003) similarly plays on material in a state of ruin, though this surrealistic suite of wax sirens possesses a kind of slipperiness that hinges on constant transformation in dialogue with Corner Bed (1986-87), making softened figures appeared as the dream traces of an absent sleeper in Gober’s bed.

Since the 1960s Paolo Gioli has conducted complex research on the genesis of images, the nature of aesthetic experience and visual processes. 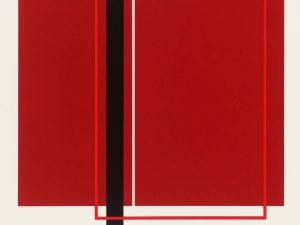 The Age of Abstraction: Women Artists includes various pieces from artists Sonia Delaunay, Gillian Ayres and Tess Jaray. Delaunay was the first to create something new – a “visual language”. 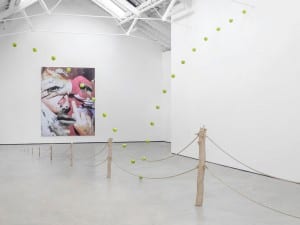 Urs Fischer, the Swiss-born, New York-based artist has created a site-specific installation which plays with scale and bisects the gallery space of his new show at the Modern Institute, Glasgow.