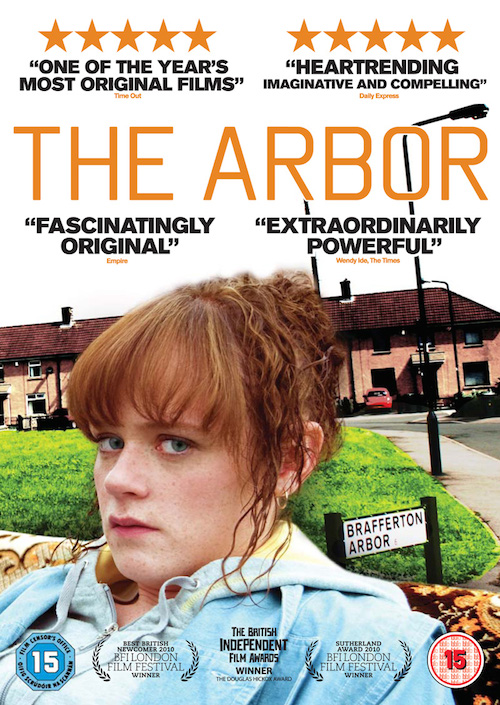 Critically acclaimed upon its release in cinemas last year, Clio Barnard’s directorial debut, The Arbor, tells the powerful true story of Bradford playwright Andrea Dunbar (The Arbor, Rita, Sue and Bob Too) and her daughter Lorraine. Andrea died tragically at the age of 29 in 1990, leaving 10-year-old Lorraine with bitter childhood memories. The Arbor catches up with Lorraine in the present day, also aged 29, ostracised from her family and in prison undergoing rehab.

The film is a tragic representation of Lorraine’s wasted existence. Emphasised by Barnard’s approach, where actors lip-synch to recorded audio interviews with members of the Dunbar family and residents from the Butterworth estate, the tenuous relationship between documentary and fiction, truth and artifice, is laid bare.

Real-life stories of poverty in Britain’s forgotten cities are common, and many have found humour in the theatricality of shows like Shameless, yet The Arbor presents a unique position. Whilst it makes uncomfortable viewing, Barnard’s striking film sweetens the grit with real humanity and belief.