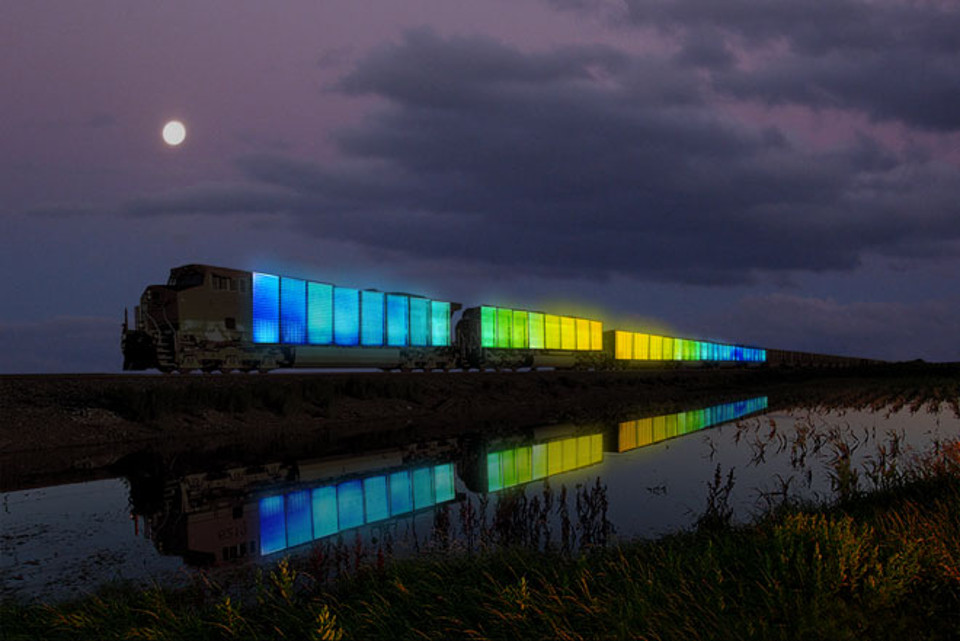 The outside Lakeside Terrace and Sculpture Court will host immersive yurts designed by artists like Urs Fischer and Liz Glynn, who will also lecture on theories of the universe and human experience; multi-coloured time-based smoke performances by Ernesto Neto; and late evening screenings of Stephen Shore’s slide show of 180 photographs shot in 24 hours, Winslow, Arizona 9/19/13.

Elsewhere, The Curve will be brought to energetic life by an interactive laser commission, created by LA’s digital artists Aaron Koblin and Ben Tricklebank to track visitors and replay their movements as lit abstractions. There will be a vast range of Barbican Concert Hall performances such as 88-cymbal-players performing Boredoms and screenings of William Eggleston’s filmwork with new scores; various residencies and performances in the Art Gallery, including live sounds, lights and orchestra instruments – one such featuring music, visuals, and a bespoke virtual reality environment designed to incorporate virtual copies of visitors’ most-loved objects from their homes.

Workshops see artist Tal R bring a fortune telling tent and woodblock printing studio to the Art Gallery, so that weekend visitors can watch as magenta prints are created, and a two-day Spiritual Speed Dating event whereby leading figures from various religions, lifestyles and teachings discuss spirituality, creativity and rituals. Notable figures such as Jeremy Deller and Martin Creed will give weekend Art Gallery performances – Creed rehearsing a new work including painting, music and choreography, and giving a Saturday evening performance with his band and dancers.

Film has a huge involvement in the festival – beginning with the UK premiere of Doug Aitken’s Station to Station feature film: consisting of 62 one-minute films documenting the 2013 journey from the Atlantic to the Pacific. There will also be unseen footage from the film projected within the Art Gallery for the entire 30 days of Station to Station, accompanied by sounds from live resident DJ-VJ Austin Meredith and visuals by Francis Alÿs, Kenneth Anger, Yayoi Kusama, Angelica Mesiti, Raymond Pettibon, Gus Van Sant and Fischli & Weiss among others.

Credits
1. Doug Aitken, Station to Station. Courtesy of the artist. 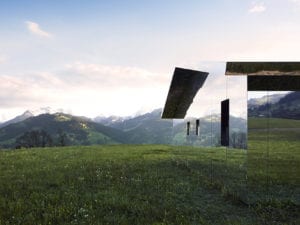 Artist and innovator Doug Aitken is at the forefront of 21st century communication, presenting a space between the physical and virtual. 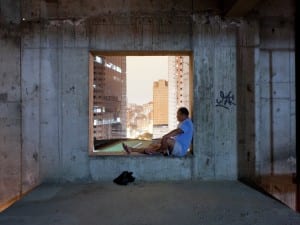 From the first images of the great metropolis to portrayals of the Midwest, a new exhibition addresses architectural photography as a window on social and economic crisis and progression. 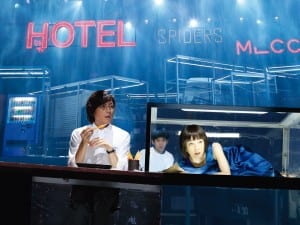