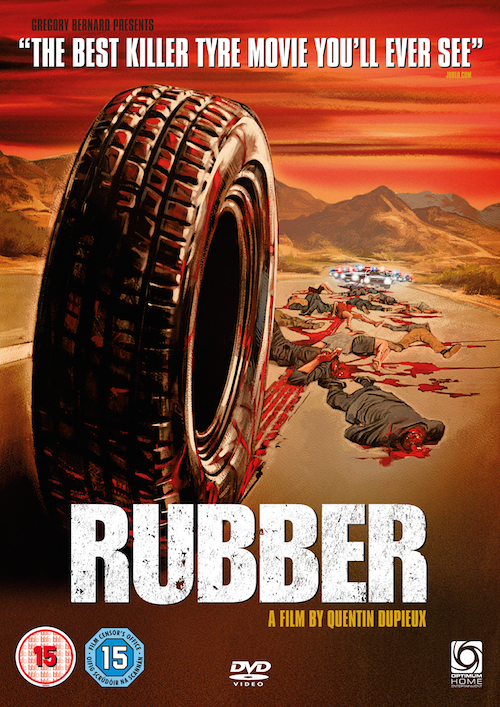 Opening with Stephen Spinella speaking directly to the camera, citing examples of film without reason from E.T. to JFK, the tone of this film couldn’t be any clearer.

Set in the American desert, the narrative unfolds with Robert, a tyre that has inexplicably come to life. Now as a “living” object, Robert rolls through the desert and discovers a telepathic power to blow things up. Starting with inanimate objects, and moving to animals and eventually humans, Robert becomes a force to be reckoned with. An audience watches with binoculars, but then they are poisoned except for one man, relishing his role as the spectator. Eventually, Robert goes on a killing spree, until “he” crosses paths with a beautiful woman, and instead of killing her, “he” contemplates his emotions.

This film is surreal and bizarre, expounding an existential philosophy, and the tyre becomes a metaphor for a larger idea, but just when connections are made, Dupieux cleverly reminds you that there is no reason, and after all you are watching a film about a killer tyre.