Review of Fiona Banner: Scroll Down And Keep Scrolling at Ikon, Birmingham 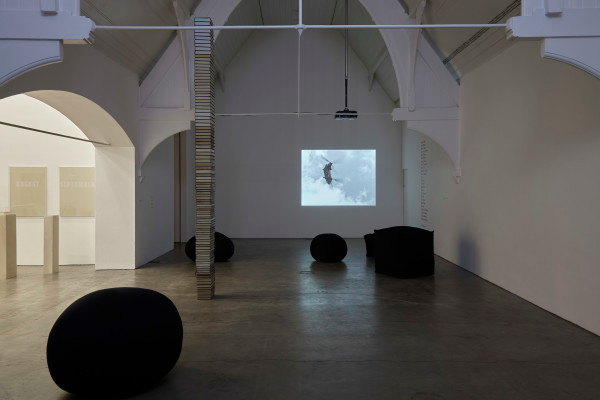 Tucked away in the far gallery of the second floor of Birmingham’s Ikon Gallery is Chinook (2013). Part of a major survey of her career to date: Fiona Banner: Scroll Down And Keep Scrolling, the video shows a military chinook, a lumbering and brutish twin rotor-blade heavy-lifting helicopter pirouette with supreme technicality and endurance. Dance music throbs and pulsates in tandem with this bulbous war machine as the video repeats and repeats itself endlessly. In the exhibition, this work becomes the crux for understanding that war, language and visual culture are inextricably linked within our culture.

War, with its gruelling visual narratives, is a subtext that Fiona Banner has mined throughout her outstanding career. Within this, and the exhibition, there are two distinct tracks in Banner’s practice: the first is a visceral, visual and aural assault that dictates and dominates the viewer. The second is more lyrical and chameleon-like, although just as compelling, drawing the viewer in to reflect on the subjects summoned by the first. And it is because of this that Chinook is so powerful. The viewer is rendered almost catatonic by its unexpected grace and repetitive dance riffs as it intricately darts through the air, conducting ever riskier manoeuvres, and lingering in the viewer’s mind with its primary function as a vehicle of war, death and suffering.

It is only once you have seen Chinook that the contents of the first room are drawn into a romantic grand finale. The walls of the room are pasted and re-pasted over with THE NAM poster collage (1997) which displays segments of text that make up Banner’s well known ‘unreadable’ book, The Nam (1997), which is a 1000 page text-only compilation of total descriptions of the iconic Vietnam films Full Metal Jacket, The Deer Hunter, Apocalypse Now, Born on the Fourth of July, Hamburger Hill and Platoon. On the floor a rather comically oversized version of the book entitled Not so Much a Coffee Table Book, As a Coffee Table (2015) lays. To its side stands NAM stack (1997), a cut-out of Banner leaning with one arm over a lumbering stack of The Nam books, one of which, about half-way up, is upside down. It is a decrepit and violent synergy between iconography stemming from cultural appreciation and historical documentation delivered in a rough and abrasive, almost scatological rendering. This is wonderfully extended to Banner’s The Bastard Word (2007), which sees the title in capital letters, glowing in misty white neon. It is here within this text that the words used to create and sell these iconic war films have been bastardised from their historical origins to create a parallel universe dumbed down to 90 minutes, in which audiences are presented with a faux-reality.

Banner’s work constitutes an exploration of distorted realities and false histories. It is merely the evolution of how visual information and language are now being re-sampled. To generations that have no direct context for the Vietnam War and whose first encounters with the conflict were more than likely through cinema, Banner’s survey at Ikon seems prophetic. The very act of adapting and re-evaluating language and imagery leaves the viewer with a lingering sense of hope and greater sense of truth after having left the gallery. 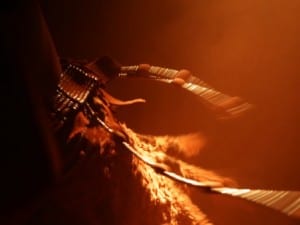 On view in Ikon’s small turret, the Tower Room, is filmmaker and land artist Julie Brook’s Pigment, an eight and a half minute film, shot in a cave in Namibia with three young Himba women. 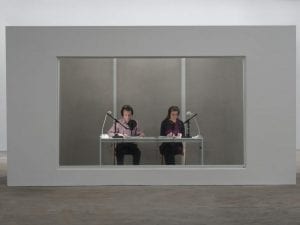 On Kawara’s One Million Years (Reading) opens at Venice Biennale 2017, calling upon volunteers to gather and list dates from the future and the past. 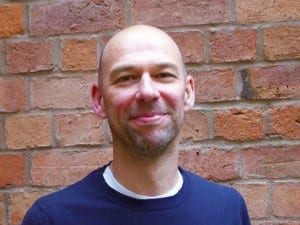 Nigel Prince has been curator of Ikon in Birmingham since 2004, responsible for many exhibitions including Carmen Herrera, Ryan Gander and Martin Boyce.