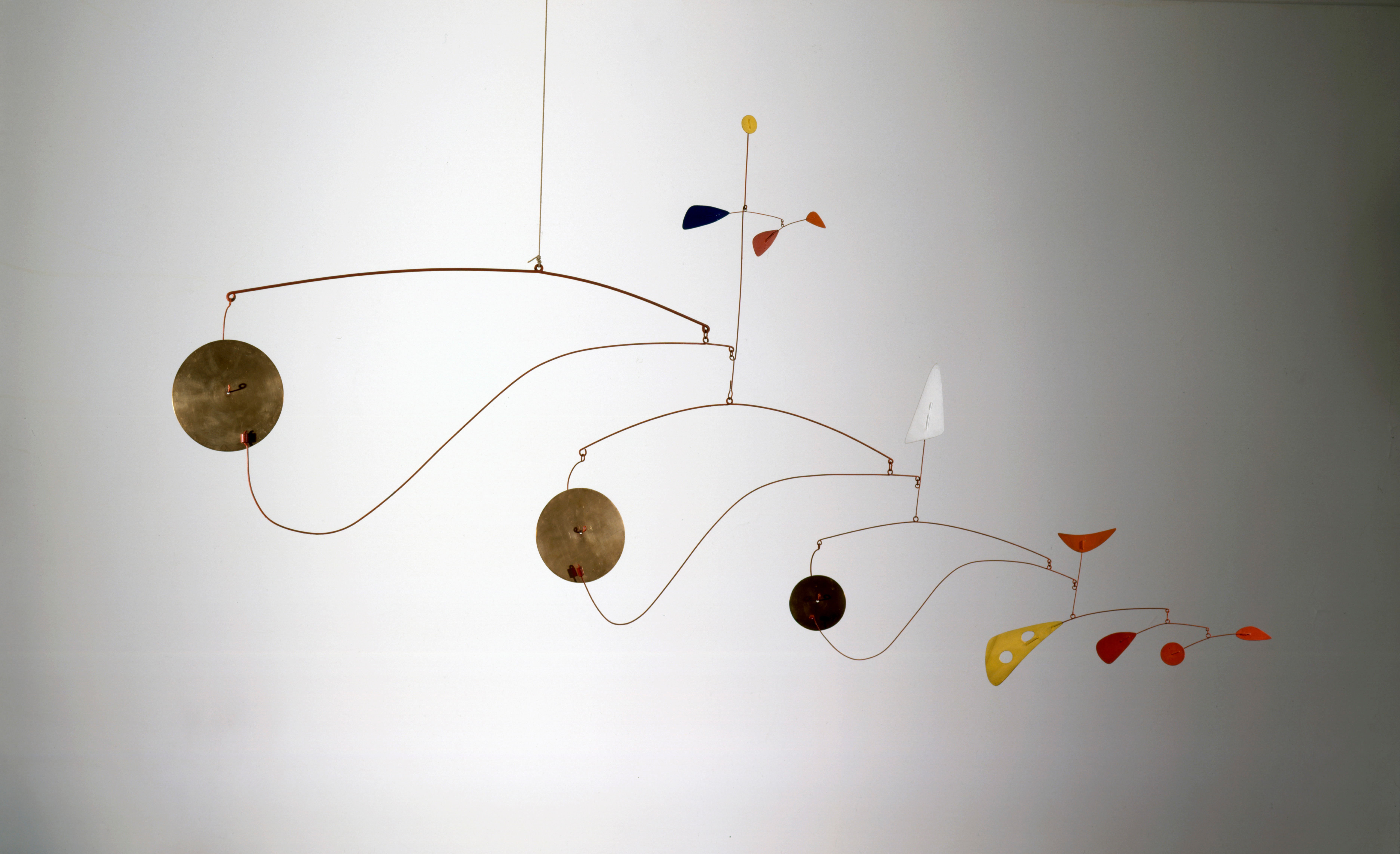 One balmy evening in May 1927, the artists of Montparnasse gathered to watch the circus. They sat on makeshift wooden crates and munched peanuts as they waited for the ringmaster, Alexander Calder, to arrive on stage. Constructed from wire and wood, with rhinestone eyes and bottle-cap costumes, his performers were perfectly engineered to bend, flip, balance and prance. The audience saw a spineless man swallow a sword and witnessed a miniature dog dance a waltz. At one point a lion soiled the stage – mysterious hands cleaned up the mess with grit and a shovel.

Born and bred New Yorkers will be familiar with Le Grand Cirque Calder; it’s been a Saturday afternoon staple since the Whitney Museum raised $1.25 million to purchase the set in 1982. Others who visit Tate Modern’s exhibition Alexander Calder: Performing Sculpture might be more surprised to find that the artist best known for his modernist mobiles learnt his trade with miniature aerialists and trapeze artists.

Having trained as an engineer, Calder’s playful inventions caught the attention of a Wisconsin toy company, who made his hopping kangaroo one of the most coveted Christmas gifts of 1929. Meanwhile, artists including Jean Cocteau, Joan Miró and Piet Mondrian recognised his creative integrity and secured front row seats at circus performances in New York and Paris. This combination of technical ingenuity and artistic originality won Calder his place in the history of modernism; he made manifest the mechanical processes implicit in the works of the Cubists and Futurists.

The first half of the exhibition charts his progress from the early wire sculptures (three dimensional line drawings which owe a debt to Picasso) to the development of his first mobile in 1931 – the year he packed up his circus and moved towards abstraction. This transition was prompted by his visit to Mondrian’s studio a few months before. The Dutch painter had dismissed Calder’s suggestion that he might make his paintings move. Mondrian considered his geometrical compositions to be fixed in space, but Calder saw the potential for kineticism. He later described the encounter as “the shock that converted me. It was like the baby being slapped to make its lungs start working.”

Calder’s sculptural materials were space and air, and movement was at the heart of his practice. When he exhibited his Constellations (1943) series, painted wooden shapes secured in fixed positions by wires, he admitted “it was a very weird sensation I experienced, looking at a show of mine where nothing moved”. You can’t help but feel that he wouldn’t be so keen on Tate’s exhibition, where formerly dynamic sculptures have been frozen still for reasons of fragility. A sign states that exhibits “should not be touched or blown upon”: the hand-crank of Goldfish Bowl (1929) remains unturned, the delicate wings of Small Feathers (1931) barely flutter.

We can hardly expect the exhibition to be too hands-on. Yet the soul has been sucked from many of these works. This is most apparent in the penultimate room, where the sound sculptures Red Gongs (1950) and Triple Gong (1951) are struck dumb. The shapes of beaten brass would originally have been hit by small hanging beaters to produce a series of musical notes. Instead, the only sound is that of an alarm being tripped as visitors attempt to enter Room 10 from Room 2; a dodgy bit of exhibition design has turned a corridor into a cul-de-sac.

We can only take so much beauty. Next to the silent gongs, Calder’s Streetcar (1951) appears foolishly flashy: the work of an artist too often co-opted for jewellery design and advertising campaigns. Instead of highlighting the nuances of his work, such a vast retrospective does the artist a disservice. What is the purpose of staging the UKs largest ever exhibition of Calder’s work, other than as a failsafe strategy to fill Tate’s pockets? His work charms (a mother rocks her baby in a pram under Vertical Foliage), and it intrigues (Einstein reportedly watched Calder’s A Universe for 40 minutes). However, such weighty accumulation causes the works to lose their individual force. Tate reveals something previously unseen in Calder’s airy forms: the pull of gravity. 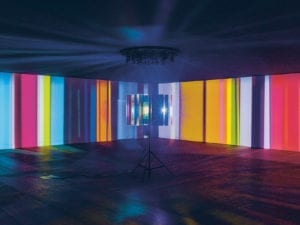 Olafur Eliasson returns to Tate with ‘In Real Life’, an expansive retrospective spanning three decades and responding to the climate crisis. 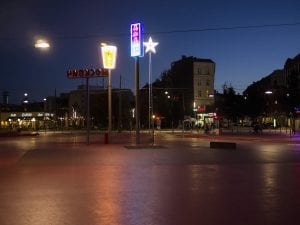 Tate Modern’s signature series of site-specific installations in the vast former industrial space of the Turbine Hall continues with SUPERFLEX. 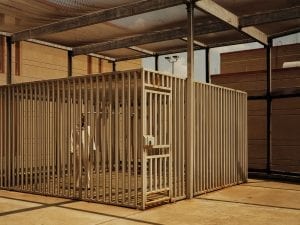 In light of International Women’s Day on 8 March, we have selected 10 inspiring women who have contributed to the wider creative industries.