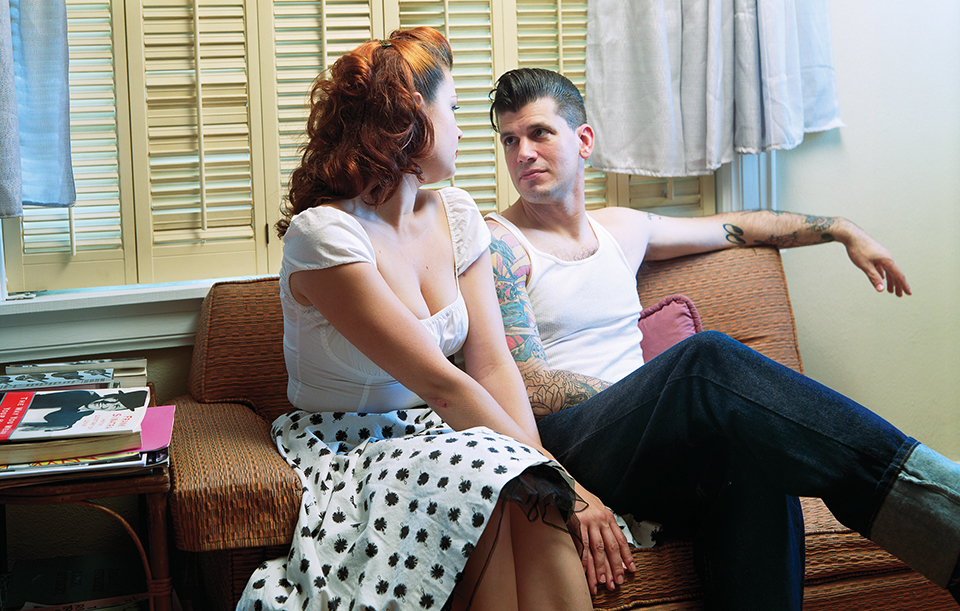 CONTACT, the world’s largest festival of photography, opened in May 2010 in Toronto. 2010’s theme explores how photography is stimulating the unprecedented change in the way we communicate.

The invention of the photograph saw perceptions of reality and prosperity alter forever. The notion that a moment could be captured in time in such microscopic detail, so true to life with elements remembered that were not even noticed at the time, completely adapted the way we record, report and remember both noteworthy and insignificant events.

Although we are bombarded with images the photograph remains in wait for a pretender to its crown. They say a picture speaks a thousand words and the photograph is still the best way to convey information, tell an instant story, and illustrate a concept because we are inherently visual beings. When a photograph is successful it truly affects us, wrenches at raw emotions and becomes more poetic than the most heartfelt prose. As Marshall McLuhan acknowledged, the advent of the photograph even exponentially altered our perception of the written word and the painting, and forced them to reconsider and to grow – “the painter could no longer depict a world that had been photographed. He turned, instead, to reveal the inner process of creativity.”

This year’s CONTACT festival in Toronto is the 14th year of events across the city and the director has issued a theme to address the very nature of this pervasive influence. Taking inspiration from Marshall McLuhan’s seminal text, Understanding Media: The Extension of Man (1964) and specifically the chapter entitled The Brothel without Walls, the programme of events explores how significantly photography has touched on our lives. Artistic Director Bonnie Rubenstein explains: “As photographic technology evolves it has changed the way we perceive and operate in the world around us. There are many factors that have reshaped photography’s influence and the way we’ve negotiated images during the last 50 years.” These factors are both technological and sociological in their scope, and encompass not only how we perceive the photograph itself but also the very world around us. McLuhan discusses how “the tourist who arrives at the Leaning Tower of Pisa can now merely check his reactions against something with which he has long been familiar,” in a manner which negates any sense of exoticism in the unfamiliar. Factors such as this, and photography’s transference of our primary communication from syntactical to graphic preceptors, are addressed by events and exhibitions across the city.

CONTACT has over 200 venues involved in this year’s festival, with the primary exhibitions taking place at the Museum of Contemporary Canadian Art (MOCCA) and the University of Toronto Arts Center; these are supported by feature exhibitions at established venues in response to the announcement of the 2010 theme one year ago, and also by public installations which will pop up across the city. Rubenstein explains: “We take great care to ensure that the images are prominently presented in a relevant and related context, from both an aesthetic and conceptual point of view,” and as such the public installations tend towards a reflection of the invasive nature of much of our world today. Last year, São Paulo enforced a complete ban on outdoor advertising in protest to the permeation of aggressive marketing tactics in 21st century existence. In response Hank Willis Thomas has hijacked prime advertising space in downtown Toronto to appropriate the images and language of advertising depicting African Americans. The attraction of turning the medium of the billboard to critique and also enact its primary purpose is clear: “Viewers should not have to rely on background information to understand that these are not typical ads; but we do provide clues for those interested in exploring the work further: subtle placement of our web address, visible from a car, or small descriptive panels for pedestrians.” These public installations have now become a hallmark of CONTACT for the assets of approachability that they lend to the festival, “many people are still intimidated by galleries and our public installations are accessible to a wide and diverse audience from all walks of life. We bring the gallery experience directly into the public domain and we’re now well known for our ability to enliven the drudgery of sitting in traffic or the monotony of waiting for a flight at the airport.”

McLuhan saw photography as unique because it “isolates single moments in time,” laying the medium bare and vulnerable to technological changes. More so than writing and the spoken word, photography is most apparently representative of its time, it’s so much more obvious what era a photograph has come from than any other form of mass communication. As such it can quickly appear dated but Rubenstein refutes this claim: “Photography’s connection with history and memory is fundamental and I certainly don’t see this as a disadvantage, but rather as a great source of inspiration on many levels.” In describing photography as “the brothel without walls,” McLuhan’s comparisons are most explicitly referenced in Evan Baden’s two dimensionally provocative images of women posing for Internet surfers and in Joachim Schmid’s explo­ration of the spaces used by online sex workers. By capturing these images through the Internet, Baden and Schmid involve themselves further in the complex relationships between medium and communication encountered by our way of life, and the works intentionally “highlight connections, alongside the many relationships that can be found between photography as art form and photography in the mainstream media.” Linked so closely to documentary, it makes voyeurs of us all, and just as photography has changed the scope of art, it changes our own levels of acceptability and enables us to challenge what to put in a gallery setting. Nearly two decades on from Jeff Koons publicising his own marital copulations, we continually insist on not only putting sex in the gallery, but on perpetually interrogating the winners and losers (sometimes manifested in the same being) of its implicit relationship to commerce.

Continuing to push the bounds of acceptability, further work explores the subversive sexuality plastered onto pre-teen girls at beauty pageants. This combination of works addresses the ever-increasing overlaps between art and documentary, as both genres seek to comment on the world around us. “The starting point for the theme this year was an interest in the expanding relationships between art and mass media, photography and advertising. While certainly the ubiquity of photography has influenced the way information crosses over from one media to another, digital technology and the Internet has collapsed boundaries between forms of communication.” Artists such as Barbara Kruger and writers such as Douglas Coupland have produced works for the exhibitions and further serve to illustrate this reflexivity between media forms. In contrast to the realism and critique of reportage however, photography has also created its own backlash against the over-familiarity of the exotic which itself has produced through the ever-extravagant, ethereal beauty of fashion photography in eschewing the everyday. Rubenstein, however, argues that even this escapism is not immune from the inherent interrelationships that the pervasive influence interrogates: “Beauty is subjective, but it is also very strongly informed by the conventions of advertising, television, film, the Internet etc. Still I think that aesthetic and conceptual considerations must go hand-in-hand, and all of the works we exhibit reinforce this idea – its up to the viewer to decide if they are beautiful.”

For decades the most potent use of photography is undoubtedly in the ex­ploitation of the constant desire for new objects through advertising campaigns across magazines, billboards, televison and newspapers as well as plastered over the Internet, encrypted in downloads. McLuhan’s work retains its centrality in the MOCCA’s offering, The Mechanical Bride (1951), addressing the “widely occurring cluster of sex, technology, and death which constitutes the mystery of the mechanical bride.” Rubenstein says: “Works by Josephine Meckseper and Dana Claxton explore the social and cultural role of images and their political implications,” while Jennifer Greenburg’s series blurs the distinctions between fiction and reality, creating a visual narrative. Further explorations from Ryan McGinley and Car Girls by Jacqueline Hassink overtly interrogate the female construct of the marketer’s imagination.

McLuhan’s The Mechanical Bride dissociates the notion of sex from humanity, as it is usurped as a promotional tool, so that “there is very little stress on un­derstanding as compared with the bang of history in the making,” in a macabre manner which has reached unprecedented levels in increasingly fervent hunger for celebrity ‘news’. As helicopters hovered over the mansion of Britney Spears in 2008 awaiting the moment the singer was stretchered off in an involuntary psychiatric hold it became apparent that McLuhan’s generation’s “aura of pseudo-values” associated with “difficulty of access” had been eradicated. The professor was prescient in describing how “the movie stars and matinee idols are put in the public domain by photography. They become the dreams that money can buy. They can be bought and hugged and thumbed more easily than public prostitutes.” But as illustrated above, this obsession has reached terrifying new levels and Jessica Dimmock’s work refreshingly turns the notion on its head, following paparazzi in the USA and documenting the insanity of the chase and a livelihood based around someone else’s every move.

Despite being lucrative outlets for photography (and high rollers in invading our consciousness), these worlds of fashion and entertainment also arouse the most cynicism over the legitimacy of the photographic image. Photoshop recently celebrated its 20th anniversary and with it we are all familiar with the boundless opportunities for photographic manipulation, so have these technological advances undermined the photograph’s authority? Rubenstein acknowledges: “There are many cases where the technology is too heavily relied upon and the integrity of the image is shattered,” but maintains, “for the time being, our trust in the “truth” depicted in photographs remains quite strong. Although this may not be the case for much longer, public demand for vast quantities of photographs is a very strong indicator of the importance of the photographic image throughout society.”

As the photograph colonises Toronto this May, the primary attraction of CONTACT is its ability to curate such a wealth of material into a coherent whole precisely by embracing the sporadic nature of how we encounter the image. Its pervasiveness is at the centre of the festival’s ideas with so many opportunities to stumble across the work. In spite of his death 30 years ago, McLuhan’s theories are as pertinent as ever because they rely on the constantly evolving inter-relation between media. Rubenstein asserts: “McLuhan has taught us that we can’t consider the effect of the medium of photography in isolation from other media and its very clear that television and now the Internet has had an enormous effect upon the ways in which images affect the viewer.” In spite of its critics, its deceptions and its ubiquity, photography has a secure case in our consciousness because it is so adaptable to both new media and old. This is why the programming of CONTACT throughout the urban environment is so apt, allowing us to remember McLuhan’s acknowledgement that “to the student of media structures, every detail of the total mosaic of the contemporary is vivid with meaningful life.” 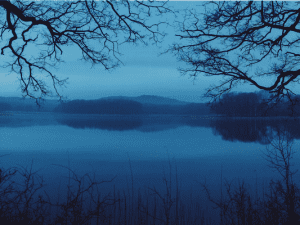 Chrystal Lebas’ Regarding Nature explores the dynamic between human beings and the organic landscape as two interacting spheres of life. 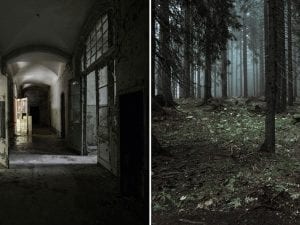 It’s the last month to submit to the 2017 edition of the Aesthetica Art Prize. Enter your installation, sculpture, painting, design or video by 31 August. 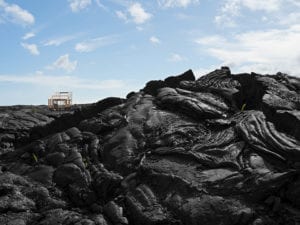 The effects of ecological disaster loom large in the festival’s 50th edition, looking at the power of photography to alter perspectives and incite change.