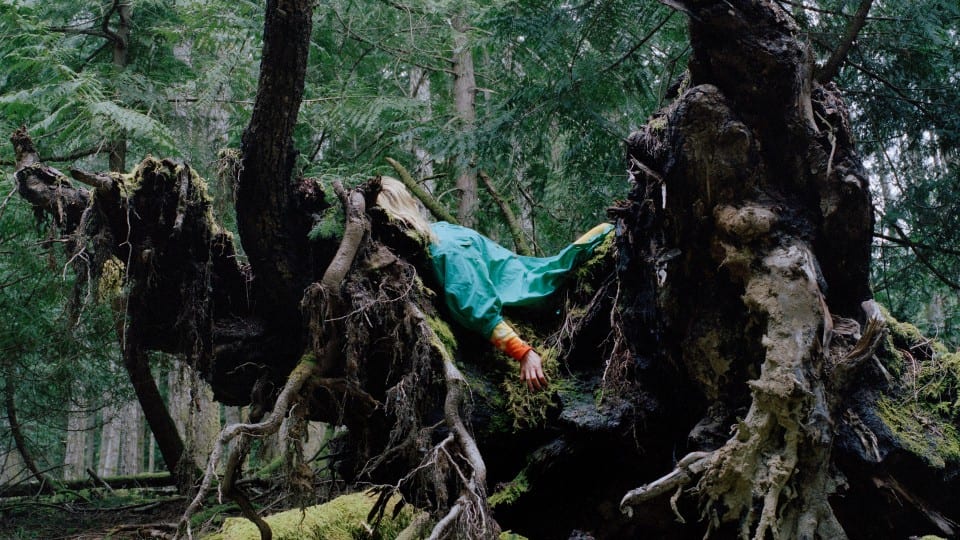 Melissa Moore is a London based artist. She is an Associate Lecturer at the University of the Arts London, and her work resides in numerous public and private collections. Her photographs will feature in Diffusion, Cardiff International Festival of Photography 2015, from 1-31 October. Moore’s Land Ends series was produced during multiple extended visits to Hornby Island, exploring the territory through a sequence of still-lives, landscapes and performative interventions. An interest in vernacular architecture prompted her initial visit to the west coast of British Columbia, Canada, and since first setting foot there in 1999 the scene offered an intense set of aesthetic experiences that lured her back – the small island lays bare the evidence of a whole ecology. We interview the photographer.

A: Land Ends is an enchanting series exploring your interests in vernacular architecture. What is it about Hornby Island that lured you back repeatedly?
MM: Thank you. The island is spellbinding. Once enchanted that’s it. I do wish to immerse over and over. It’s the kind of place some people visit and without expecting to, never leave! Both land and buildings trigger intense aesthetic fascination. And there are lots of singular and inspiring residents to have interesting encounters with. After many years of repeat visits, I connected with artist “neighbours” Michael Campbell and Janice Rahn, who often work collaboratively and are both Professors of Art in Alberta. I’m also about to show Land Ends in Germany, and the museum will feature a wunderkammer of their sculptures.

A: The dilapidated structures within your imagery appear dystopian and whimsical. What other factors led you to the making of this work? MM: These qualities certainly attracted me, the whimsical and eccentric always appeal – but in the beginning this scene also provided an interesting visual contrast to my previous series, which was set in an opulent Jacobean mansion in Wales. I became more and more interested in the ethos that shaped these distinctive structures, many of which were built in the 70s, and intrigued by the way they do sit outside of time; the sense of their entropy stirs a poetic melancholy.

Much of Land Ends was made during winter visits, and a lot of the scenes I focused on have a sense of emptiness. Even as the island’s community is key to the work, they don’t feature – I present a solitary account of a dreamland, an abandoned island. As well as More’s Utopia, it seems fitting that Aldous Huxley’s final book was called Island, and centres on a mystical space and community threatened by dystopian outside forces. In the end, islands provide notions of perspicacity as well as models we can project ourselves onto.

A: Why did it become important to be featured in the work yourself, and why is your face kept concealed in these images?
MM: The impetus to involve performativity was always very intuitive. I’ve also always been drawn to work involving the artist’s own body, whether they seem motivated by some kind of libidinous expressionistic drive or the focus is on a conceptual critique of archetypes. Besides my own impulse to intervene, I would hope that this process offers a form of embodiment for the viewers to project themselves onto – the trees etc. Some earlier works were more fraught with personal expression, yet here and elsewhere I’ve tried to be more of a tabula rasa – to try to echo the quality of the place I am in. In this way the body is an object amongst objects, one spot of colour amongst many; a face would disrupt these possibilities.

A: In the majority of your photography, natural reclamation of man-made space is explored. There is a symbiosis between the two; what is your relationship to the spaces in question?
MM: I always appreciated the distinctive building practices that are quite concentrated on this particular island, as well as being emblematic of a broader hand-made style around the west coast. This symbiosis evokes a very comfortable, welcoming and tactile experience. I actually found these qualities hard to approach in terms of inserting myself into my images at first. Earlier works seemed to feature a sense of the body and other, more ordered, architectural spaces being out of joint, and a sense of tension perhaps charged the work. Here a sense of accord made me wonder if poses would become too harmonious and clichéd but somehow I hope something else happened.

My own relationship was of growing familiarity yet continuous visual captivation. I spent my first winter on the island with the intention to paint, which I did, but all the while wondering about contextualising myself in these blossoming cabins in the woods. Reading some Thoreau, Whitman and Emerson etc., to understand the recurring themes of individualism, pragmatism and contemplation of nature; these works guided me to Annie Dillard’s book Pilgrim at Tinker Creek, which powerfully explores the act of looking in connection to the nature of being. While making Land Ends I also strived for a kind of seeing that involved some sort of transcendental gaze to capture slices of my transfixion with my surroundings.

A: What are your plans for moving forward with your work, and what can we expect from you in the future?
MM: Whenever I can get to the island again I will continue a new series of portraits of Hornby Island people, and also the collaborative still life series, featuring the torch and lighter, with Michael Campbell. Here, this idea might sound a little threadbare, but I’m studying trees in the city. I live in London and somehow both the body and architecture are largely absent: I’m assembling a forest in London. 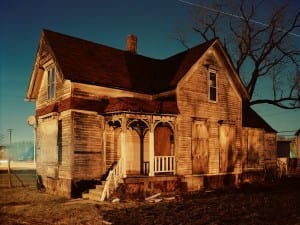 We interview Will Steacy about his photographic project Down These Mean Streets, which examines the areas and people ignored by mainstream American politics at Diffusion Photo Festival. 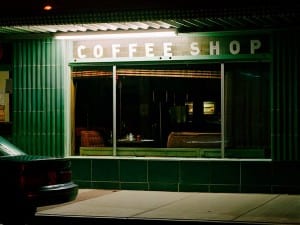 Jeff Brouws’ peripatetic road journeys through the US form a crucial role in his “mapping” of a changing American landscape. His work features in Diffusion International Festival of Photography. 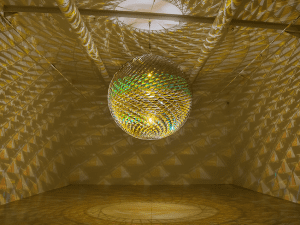 Perception, movement and the relationship between the viewer and their surroundings are central themes within Olafur Eliasson’s practice.