Interview with Luciano Benetton, on their new collection – Imago Mundi 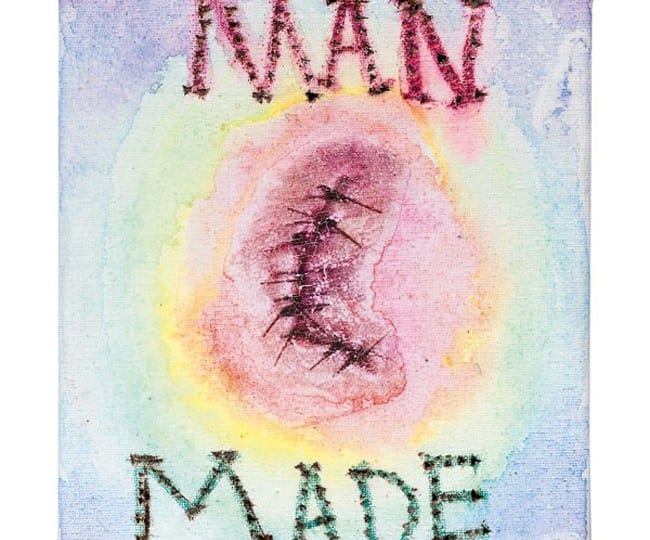 As a great traveller and a lover of art, iconic Benetton clothing brand founder Luciano Benetton has extended his passion for entrepreneurial and memorably inclusive fashion into an arena that his family’s foundation is newly colonising: Living Art History. The Fondazione Benetton’s Imago Mundi project is a collection of over two thousand artworks with a 10 x 12 cm format, commissioned by the Benettons of established and emerging international artists, with the goal of uniting the diversities of our contemporary cultures in the widest possible mapping of 21st Century world art, for future centuries to glorify and decode.

The two hundred artworks from each country will illustrate, in the words of Benetton, “the intrinsic value of the works, but also the project as a story of the world and a journey through art, not favouring any particular school, trend or fashion, but rather an openness to new horizons and the coexistence of expressive languages”. We spoke to Luciano on the cusp of Imago Mundi’s global debut, which takes place at the 55th Venice Biennale of Art, where it is on show from 28 August until 27 October.

A: Your Collection is vast and varied. How do you determine what art you want to own?

LB: During my business trips, I have always tried to take some time off to meet with artists from the countries that I happened to visit.

This project came about during a long stay in some Latin American countries. Given that I was unable to get to know many of the artists who were active there, I had the idea of asking them – through local experts – to give me somewhat of a’ business card’ so that I would be able to better grasp their artistic peculiarities.

For this reason, the artworks had to be made in a ‘traveling’ format, a 10 x 12 cm canvas, like the Flemish painters used to do back in the fifteenth century. We did not set any limit as to the subjects the artists wished to work on, the only restriction being – as I said – the artwork size.

As far as I was concerned, I was interested in achieving a better understanding of the distinctive features of Contemporary Art in each one of all these countries, through getting as many 10 x 12 cm artworks as I could painted by both emerging and established local artists.

I believe that the value of this work, carried out on such a large scale, is indeed a historical testimony of our contemporary era.

A: What role does art play in living and what must art deliver in order to fulfil this role, in your opinion?

LB: Meeting and befriending artists has always been very important to me, since I believe that through art and artists there would be no wars. They can be understood and can understand each other with no limitations or borders. I do not see myself as an art-connoisseur or an expert. I have always been engaged in different professional endeavours in life, and yet, during my youth and later on in life, I was influenced by artistic avant-gardes because of their dynamism, energy and visionary spirit.

I recently came across Aboriginal art during several trips to Australia, and I can say that I discovered a world of extraordinary artists and am fascinated by their history, which was so well described by Bruce Chatwin in his book The Songlines. Their culture makes one reconsider the values that guide our lives.

This is – in my opinion – the goal of art: to elicit thoughts, provide clues and suggestions, or to say it differently, encourage us all to open up to the world.

A: You have said that Fondazione Benetton’s goal with the building of this Collection is of uniting the diversities of the world …

LB: The Fondazione Benetton mission, among others, includes the Imago Mundi project, a long-term, non-profit endeavour. By the year 2016, we want to include some 50 countries and 10,000 artists. Through the democratic inclusion of a huge number of artists, the Imago Mundi project may be a contribution – also through its website that we are about to launch – to cultural, social and civil dialogue, which is something that often art does better than institutions.

A: As the family behind the iconic fashion house that has always promoted innovation and inclusion in the advertising of your brand – how do you see art and fashion intersecting in the building of this art collection?

LB: I leave aside fashion when it comes to Imago Mundi.

What is important is the relationship that this project bears with art, as well as its large mapping of the current historical era.

I can quote, as an example, Linnaeus, the Swedish scholar who in 1730 started to list all plants. Now, through his work and the Latin names he found for them, we can identify all the varieties of vegetal life anywhere in the world.

This comparison may sound too ambitious to you, but I am actually tackling this project for what it is: a massive endeavour.

A project which truly feeds and makes the artistic dialogue more alive.

A: As the vision of the ongoing value of this collection is projected in to the 3rd millennium, do you have any ideas or advice about how artists become and remain relevant in this cultural discussion?

LB: Given Imago Mundi’s major feature, which is mapping contemporary art, I think I would rather answer this question in two years from now.

For the time being, we are working on collections from many African, Middle Eastern and Asian countries, which still have to make themselves heard from seemingly remote worlds, which are very important to me in terms of artistic and cultural values.

When I used to be an entrepreneur, I always tried to make the most of the means available to me through my company – which opened doors in 120 countries of the world – to encourage communication and understanding among different cultures.

I found that communication – indeed, this is one of our corporate assets – is surprisingly fertile, and back in the nineties this was still unspoiled ground. This gave me the scope of what one can and must do to encourage both knowledge and dialogue.

I find the world far too pointlessly complex and believe that very little is needed to create a much deeper feeling of empathy. I do not wish to oversimplify anything, and yet the world is what we see of it, and based upon my personal experience, I can say that much more could be done. I am trying to get a collection from Afghanistan, Iran, Tibet and North Korea, to prove that art crops up from and lives in countries having difficulties, as much as it happens elsewhere, and that art can be an important means to make people feel closer and encourage dialogue. 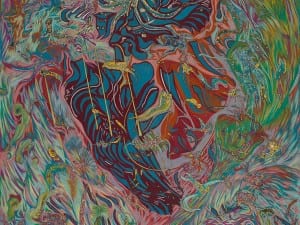 A Closer Look at the Work of Artist Terence Burton

Australian artist, Terence Burton works exclusively with pencil on paper. His bold and unique style, that he likes to call Abstract, Mythological and Tribal, is heavily influenced by aboriginal traditions. 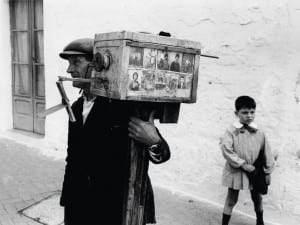 Born in Santa Margherita Ligure in 1930, Gianni Berengo Gardin has produced more than 200 books and exhibitions in his 60-year career. 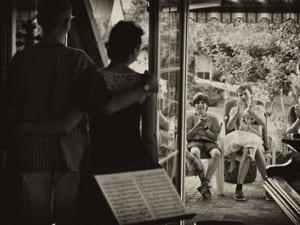 Iconic clothing brand founder Luciano Benetton has extended his passion for entrepreneurial and inclusive fashion into an arena that his family’s foundation is newly colonising: Living Art History.