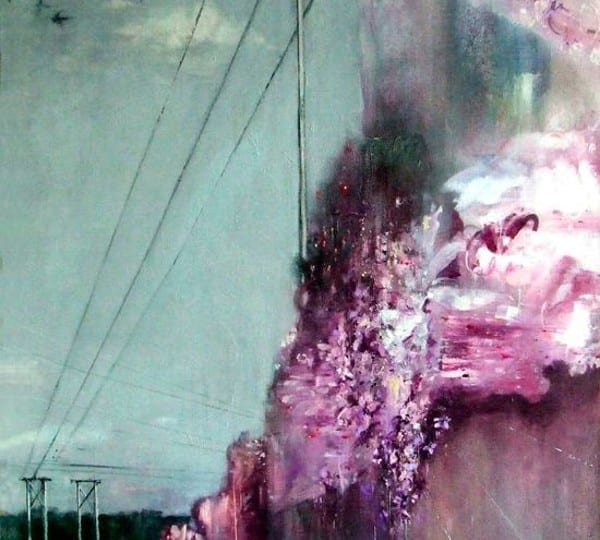 Artist Sarah Shaw studied Fine Art at Falmouth College of Art and has since exhibited widely in the UK, her work being purchased by private collectors in both the UK and abroad. She was shortlisted for both the Saatchi and Beers-Lambert competitions and was a finalist in the National Open Art Competition. Shaw’s piece Monolith V, in the painting and drawing category, was selected for the Aesthetica Art Prize Anthology in 2013.

Since the Prize, Shaw has attracted the attention of the BBC, and a Go-Pro stop/start camera was left in her studio to capture her making the paintings for the new National Open competition. This was preceded and followed by interviews in her studio. The filming of her working and the interviews featured in the TV programme Inside Out aired in September 2014. Shaw will also exhibit in the National Open and the Threadneedle Prize shows this year. We speak to Shaw about her own motives in painting and what she hopes an audience might take away with them.

A: How important is it for artists to broadcast their work, for example, on TV, as well as exhibiting in galleries? What will this help you to achieve?
SS: In an increasingly competitive art world I think it’s important to use any social media that is available to gain exposure to your work, whether it is TV, radio or Facebook, Pinterest and Twitter. I want to paint for the rest of my life and to do so, as a self employed artist, I have to sell paintings. Increased exposure to your work can promote sales. I don‘t particularly enjoy this kind of self promotion, it doesn’t come naturally to me, I would rather not, but I’ve found a way to adapt to it, and have thus benefited greatly. I don’t think any artist would particularly set their sights on broadcasting their work on TV, I certainly didn’t, but I think I would have regretted it if I’d turned down the opportunity!

A: Your paintings defy completeness in favour of hints at shapes and scenarios. What do you hope audiences will take from your work?
SS: There is no preconceived intention I just like leaving some things unsaid, leaving space for the viewer’s personal interpretation, and hopefully a breath of life still in the painting. It seems that what I leave out of a painting is as important, if not more important than what I paint in. I like to play with elements of classical painting, but I’m just not interested in making work which is purely ‘good looking’.

It is not as important for me as is the process of actually feeling like I am making good paintings for myself, that I am attempting to capture something other than a one dimensional image, and am continuing to challenge my own visual vocabulary by finding different, more potent ways to express the feeling of what it is to be a human being, in this flesh with these thoughts and in this time. I think ultimately my goal is in trying to capture a sense of time: painting becomes really interesting when it becomes timeless.

A: Monolith V featured in the Aesthetica Art Prize 2013 longlist. What was the inspiration behind this piece?
SS: I’ve always been fascinated with the flowers that people leave strapped to lamp-posts in memory of the people who have met their end at that place. They have always seemed so charged and poignant, both morbidly beautiful and strangely evocative of so many things: all the hopes, fears, disappointments, losses that we have all experienced at some point in life, whether it be the actual loss of a loved one or the loss of something else like love, youth or dreams.

I remember even as a child being fascinated by them appearing on the roads I walked to school. Death, that thing that seemed so very far away, being brought abruptly into the present. I noted their eventual decay and their regeneration when the flowers were sometimes replaced, the old blooms still visible behind the new. I wanted to make a series of paintings which evoked something of these feelings. Monolith V is the penultimate one of this series, though I intend to revisit the subject soon and see where that takes me.

A: Is there a space where you would like to exhibit in the future?
SS: There are so many! I was lucky enough to be selected for the East Sussex Open this year and was delighted to be able to exhibit work at the amazing Towner gallery in Eastbourne which is one of my favourite gallery spaces in the South East. I’ve also been honoured to exhibit at the fantastic Mall Galleries in London. I would dearly love to have an exhibition back in my hometown of Huddersfield at the Huddersfield Art Gallery, a beautiful high ceilinged and light space where I’ve enjoyed some amazing exhibitions over the years. My fantasy list of galleries would include the Whitechapel Gallery, Barbara Hepworth Gallery (incredible), Angela Flowers, Timothy Taylor, Beers-Lambert, Pace, J Cacciola, Medici etc …too many to mention!

A: What are your current and future projects?
SS: I have a very exciting month ahead. I’ve been selected for both the National Open Competition and the Threadneedle Prize, and have been chosen as one of three artists to be followed by the BBC making work to be submitted to the National Open competition. The BBC left a go-pro camera in my studio for one month to capture the progress of the work which was to be submitted. This behind the scenes look at the competition is on Inside Out and was aired on BBC 1 on the 22 September. I am showing work in October in Manchester and Brighton and am working toward a new solo show in 2015. I will also be showing work at London Art Fair in early 2015.

A: Do you have any advice for artists wanting to further develop their career?
SS: I’m still learning myself, but I would recommend trying to find your own voice as an artist rather than emulate others’, work hard, and persevere with knocking on doors despite the rejection you will inevitably receive and develop a thick skin because this path is a difficult one. It’s hard to live an emotional life which is visible and open to the criticism of strangers, but the sense of accomplishment and the sense of knowing yourself within the painting process is worth all the worry.

I have two little notes to myself in my studio, ‘Now’s the time, and now’s the hour’, a quote from Robert Burns which I find inspiring. It’s a great reminder to be brave and to seize opportunities that arise rather than be afraid of them. You never know where a path is going to take you. The second is a line from the poet Seamus Heaney, which reads, ‘I rhyme to see myself, to set the darkness echoing’, a line that never fails to inspire me and remind me of what’s important in making paintings, and it isn’t about being on TV!

To see more of Sarah Shaw’s paintings go to www.sarahshaw.co.uk.

The Aesthetica Art Prize will reopen in January 2015. Find out more at www.aestheticamagazine.com/artprize.

From February to June 2016, Narciso Contreras travelled around post-Gaddafi Libya documenting what he saw. The results are on display at Saatchi. 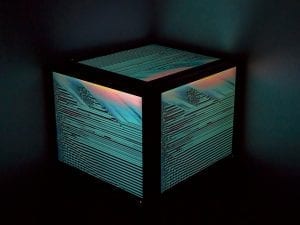 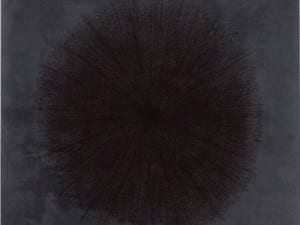 Review of Idris Khan: Beyond the Black at Victoria Miro

In this exhibition of new works, Idris Khan grapples with the unintelligibility of language and bristling storms of pigment to engage in a philosophical reflection on the possibility of transcendence.