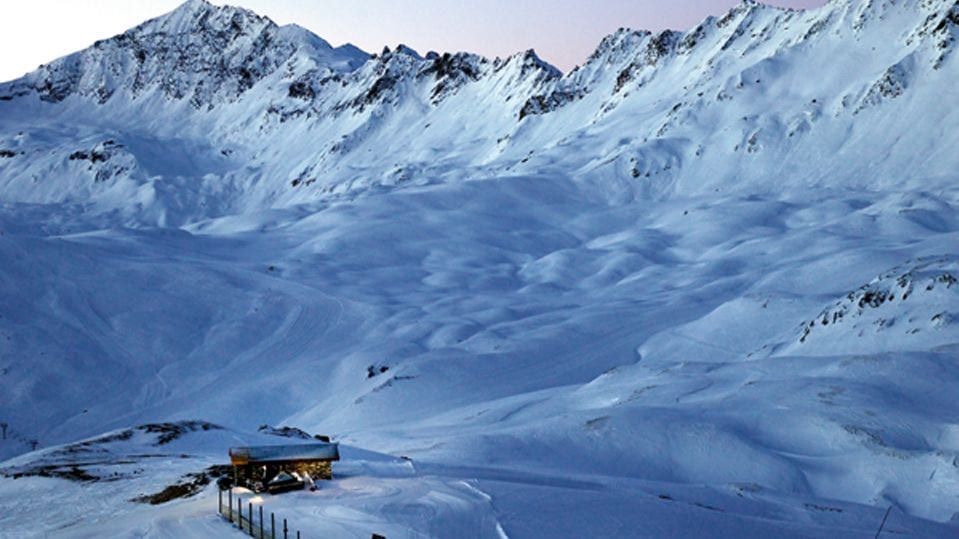 The third biennial looks at the wider effects of industrialisation and globalisation through the works of contemporary photographers.

In Precarious Rhapsody, cultural theorist Franco “Bifo’” Berardi explores 20th century political and social history through cultural associations with work: “the productive transformation of the last 30 years: from worker revolt against the assembly line, to post-industrial technical restructuring, to the emergence of the cognitariat, the virtual unorganisable class of mental labour.” Berardi’s thesis is that our relations with work are fundamental to structuring our senses of self and autonomy. The latest edition of Foto/Industria, Bologna’s biennial of photography and industry, explores exactly these intertwining notions of work, identity, production and illusion.

The festival, in its third edition, opens up dialogues around photography, production and industry, inviting debate around how we interact with the latter. Curator François Hébel comments: “There are so many different aesthetics involved in the programme, from documentary to landscape to conceptual, and across contemporary and more historic artists. This is the exciting part of the festival, and at the same time, we are always committed to exploring real life concerns.”

Questions of identity in relation to work entail public and private activities, and look at how both realms affect each other through a sense of multiple performativity. The photographs of Swedish artist Mårten Lange (b. 1984) entitled Machina and Mechanism explore our detachment from the highly complex and specialised machines through which we work, and the extension of the logic of machinery into our everyday lives. In his images, offices are highly complex machines, as esoteric as laboratory equipment, with their own pathways and networks. There is something existentially disquieting about the pieces, where the worker is envisioned as a detached cog, surplus to the mechanism’s requirements.

Thomas Ruff (b. 1958) is similarly concerned with documenting our identities through labour, with a focus on this most ambiguous and polysemous word “energy.” His exhibition Machine & Energy at MAST, Bologna, fuses digital and analogue processes to explore perceptions of reproduction and industry through digitally-manipulated images of 1930s glass negatives of machines from a manufacturing plant. Ruff’s practice is a reminder that our identities are perhaps more shaped by digital manipulations than by the mechanistic age. Ruff’s subtle but disruptive digital interventions raise questions about agency in an era of daily technological engagement, which happens internationally.

Italian photographer Michele Borzoni (b. 1979) looks towards vast factories, offices, warehouses and workplaces in his series Workforce. The compositions investigate the way that the sheer scale of logistics, communication and mechanisation impacts on the ways we see ourselves. As Hébel comments, the edifices are “gigantic places where almost nobody works.” On these sites, ideas of craftsmanship and artisanal production are side-lined and replaced by the omni-power of row upon row of product. However, the images are also haunted by the absent figure of the consumer, awaiting delivery of these seemingly endless supplies. Staggeringly large, the images convey exhaustive administrative activity, work that feel like an end in itself – work for its own sake. This sense of labour is the prized activity itself; Borzoni shows thousands of prospective Italian civil servants undertaking exams in the hope of getting a job. They take place in large sports halls and arenas; the idea of industry as sport, even as entertainment, is provocative and inescapable.

Catalan-based Joan Fontcuberta highlights how our identities are still shaped by the Cold War space race in a surprising series of documentary material and photographic “evidence” regarding a Soviet cosmonaut, Ivan Istochnikov, who the artist purports to have been the first person on the moon. His Borgesian meta-fiction is beguiling, making palpable the thrill of the hoax, the delight of being duped. Fontcuberta builds his contrived evidence so convincingly because he taps into what media producers everywhere recognise: our desire as an audience to believe what we really know to be false. As Hébel comments, “You walk out of the show and you don’t know the difference between reality and fabrication. The ideas of Fontcuberta’s images are particularly current, with questions of ‘fake news’ high in our consciousness.”

A fascinating contrast are the visions of Vincent Fournier (b. 1970), represented by Past Forward. In this unique display, the utopian ideals and possibilities that fuelled the space race and the projects of cosmonauts are reframed in light of commercial space exploration via private companies and wealthy individuals. The linking of research within the ideology of the Cold War period, contrasted with the denationalised private enterprise of space study, is a stark one that may come to define the future. Fournier’s photographs confront this possibility, whilst also conveying the drama and excitement of the human narrative that early space exploration represented for millions of people.

Stakeout Diary, an exhibition by Yukichi Watabe (1924-1992), also takes place in a changed landscape and amidst mid-20th century concerns from which we are now distant. The compositions document the investigation of a brutal murder that occurred in Mito (Ibaraki Prefecture) in 1958, showing Watabe closely following the two police detectives, as they go about their fact-finding work. In a character list that seems drawn from hardboiled detective fiction, one of the officers is from the Metropolitan Police Department and the other from the local area. The images detail the investigation as it unfolded around downtown Tokyo, an area that has since changed beyond recognition due to shifts in industry.

Since its inception, photography has been one of the artforms most engaged with representing and shaping perceptions and identities. A new survey of the work of Aleksandr Rodchenko (1891-1956) acts as a reminder of his almost sculptor-like approach to the physicality and multi-dimensionality of images. Cogs, plants, factories, and people at work feature extensively in his compositions, and they articulate different attitudes and dialogues around what work means and its role in society. His pieces look at the dynamics of the subject and object relationship through series of single-subject compositions from different angles and under different conditions. Whilst it performs certain documentary functions, the practice also includes a fascination with the materiality of a physical photograph. The work of Lee Friedlander (b. 1934) is similar: but he produces tender portraits of people at work, in ways that feel remarkably distant from the recognisable Amazon warehouse model of distribution.

Many of the pieces in this show bring to light the negative impact of industry on the environment, and how public policy impacts on production in the context of broader social concerns. The landscape of industry is profoundly and irreversibly altered. American Power, by Mitch Epstein (b.1952), hones in on how energy production is omnipresent in contemporary American landscapes. Coal plants, refineries and oil platforms are all envisioned as central to the landscapes and towns of the American imagination. Icons of the American Dream, such as the Star-Spangled Banner, advertising materials and the vast desert, are conceptualised side by side with industrial devastation, pollution and social depression. The juxtaposition is quite startling: cultural supremacy is both threatened and supported by power production.

The canonical visionary Josef Koudelka (b. 1938) offers a fascinating representation of similar industrialisation in a European context, featuring abandoned plants, ore, mines, huge fences, cranes and machinery. These images were taken over a 30-year period, allowing a narrative of changing landscape and the declining status of industry in relation to identities. Koudelka’s poetic monochrome images are suffused with a sense of pollution and blight, coupled with economic deprivation. In these projects, in contrast with Epstein, the glitz of the American Dream is replaced with a deep gloom, a lyrical realism of social hardship. The story, though, is the same, and it’s one in which the landscape seems ravaged by industry in pursuit of fleeting prosperity.

Hébel highlights the work of the British artist John Myers (b. 1959) in this regard: “He explores the redefinition of communities of English working people by the politics of Thatcherism. His quiet and lyrical images show the destruction and devastation of industrial towns.” The pieces are not bombastic or didactic, but they detail in agonising starkness The End of Manufacturing in the Black Country, has an overarching aesthetic of emptiness. Rows of lock-up garages, 1970s TVs next to oversized tin cans, and uniform housing estates all feature in Myers’ distinctive monochrome images. However, it is his enthusiasm for substations that is most striking. These small, squat shed-like structures are symbols for the energy that underpins industrial and commercial activity but also of a pressurised and inaccessible human energy that is somehow stunted, shut off and controlled.

French artist Mathieu Bernard-Reymond (b. 1976) also focuses on the architectural lexicon of the energy industry; however, his compositions are much more collaged and abstract. Photographs of rock-like power stations and industrial advertising are mixed with expressionist, painterly flourishes to create a challenging and confusing aesthetic experience. Work, which at its most fundamental means activity, i.e. a change, is realised visually through the image-making process; entitled TRANSFORM, the show offers what seems to be a continuation of sampling and resampling media. If an iconic image of the early 20th century would be a churning vat of some product or other, Bernard-Reymond reconceptualises this as a multiplicity of ambivalent digital possibilities.

This is an aspect of Foto/Industria that Hébel stresses: “Industry is still alive, but the ways we work are changing. Sometimes it’s for the better. Sometimes for the worse. Working conditions have improved in some areas, but they have become most difficult in others. Our programme tries to reflect these changing definitions of industry and production.” Photography as an artform is evolving just as quickly as the subjects it documents, and the abiding feeling left by this unique event suggests that photographers will continue to be at the forefront of questioning, representing and engaging with our relations to globalised labour. 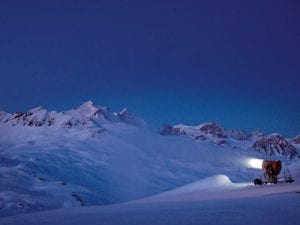 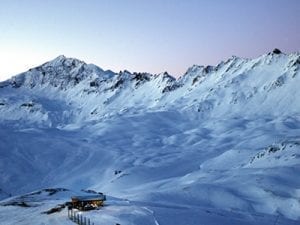 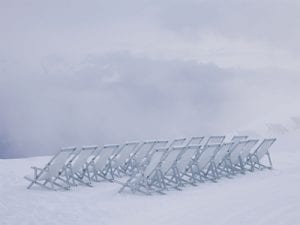 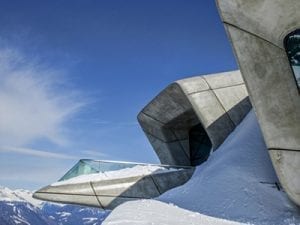 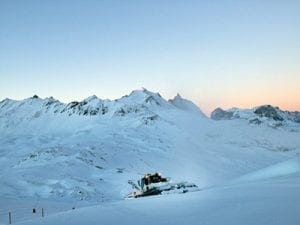 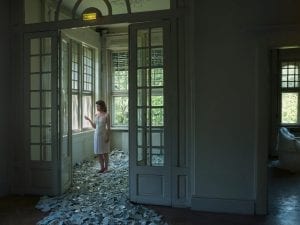 Today’s the last day to enter the Aesthetica Art Prize. As a celebration of excellence in art from across the world, it offers both emerging and established artists the opportunity to showcase their work. 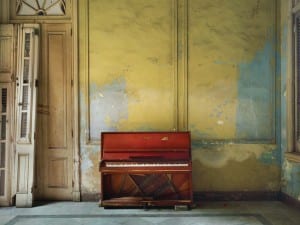 Michael Eastman has spent time in Havana, Paris, Rome and New Orleans, recording in minute detail the distinctive features of each place.

The selection for 18-19 November delves into the concept of the every day, illuminating aspects of the quotidian in unexpected ways.