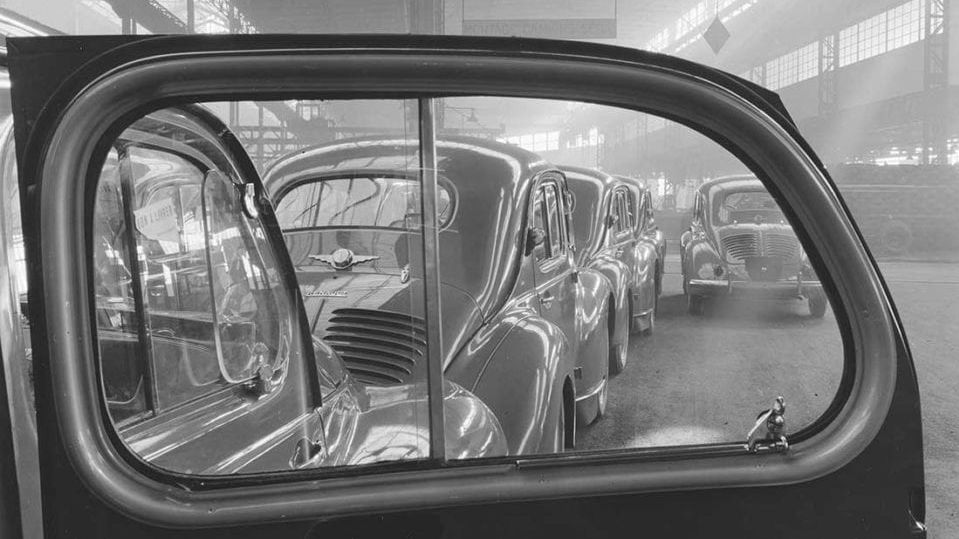 An anonymous figure darts through the rain. Smoke billows in the darkness. An extraordinary sense of mystery can be found in the below images by René-Jacques (1908-2003) – a key figure in French post-war photography. The artist’s work is on view at Jeu de Paume, Château de Tours. Titled  Forms of Elegance, the show offers 110 examples of his varied and expressive work.

René-Jacques began his career in the 1930 and accrued a diverse portfolio. He worked across reportage, film, industrial photography, still-life and publishing – often exploring the streets of a deserted Paris in the footsteps of writers and poets. An interest in shadow play runs throughout this evocative oevure, which translates the mood of the city into striking black and white compositions.

The photographer was also interested in abstraction and geometry, transforming everyday objects through repetition and framing. Milk bottles are arranged in a perfectly formed triangles. Tyres interweave to create visually satisfying patterns. These still-life shots zoom in on icons of daily life – elevating them toward the realm of art through staging and precision. This sensibility can be found in his work for car manufacturer Renault: a line of automobiles is obscured through a glass door.

No detail was too small for René-Jacques, who paired skill with a sense of humanity and poignancy. As the gallery notes: “The interplay of shadows and reflections imbues his technically perfect images with a striking emotional resonance, resulting in an original vision of landscapes, monuments and industrial objects.” 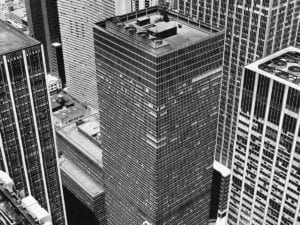 Life in the City 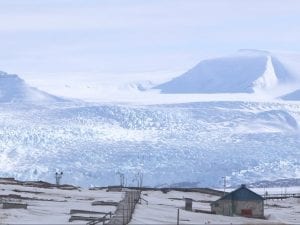 Human activity and its power to transform the world is the theme at the heart of Ali Kazma’s practice. Jeu de Paume, Paris, offer a view into his perspectives. 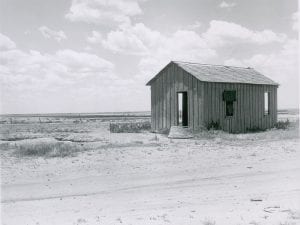 Helping to shape an understanding of the interwar years in the US, Dorothea Lange’s deeply human images of urban situations are strikingly poignant.