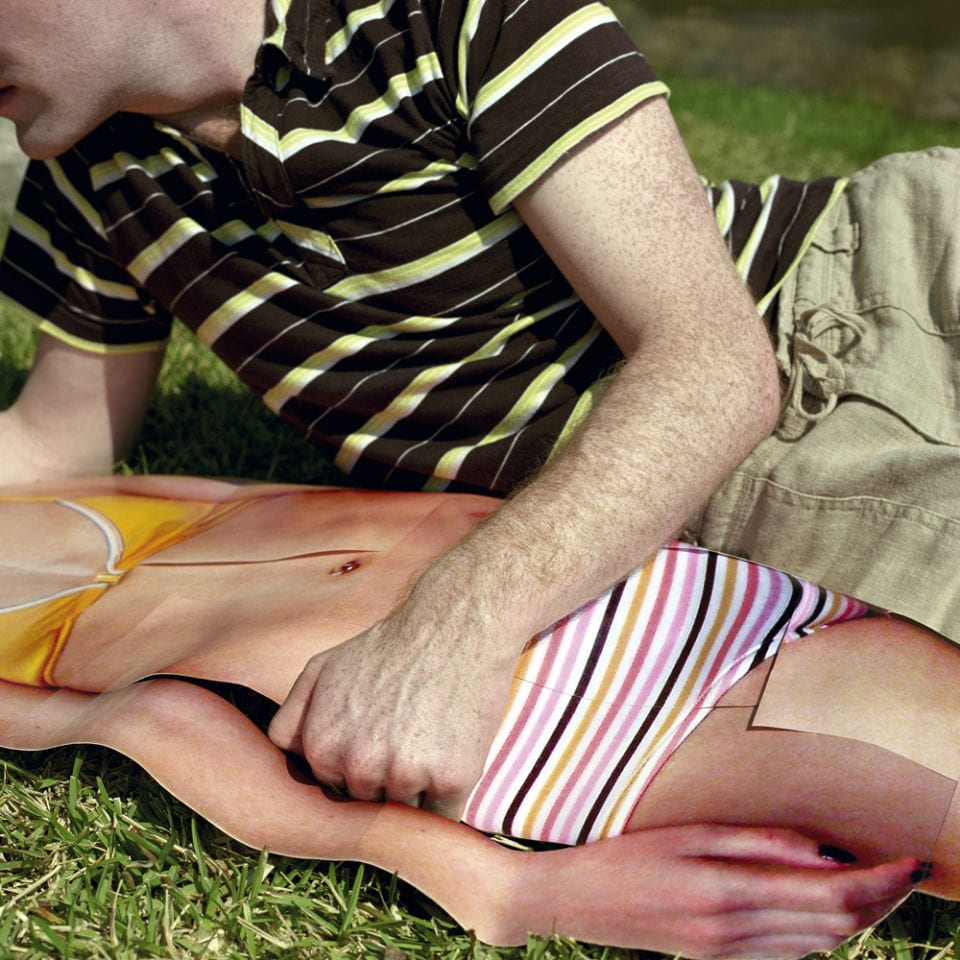 The question of the selfie’s place in art is not a new one. 21 years ago when Jennifer Ringley set up JenniCam (1996-2003) – which candidly documented and broadcast every intimate and mundane moment of the college student’s life in her dorm room – the debate as to whether such efforts are inane narcissism or valid introspection was already present. From Selfie to Self-Expression, the new show at Saatchi, London, in collaboration with Chinese smartphone manufacturer Huawei, doesn’t do much to answer the question beyond collating a sizeable collection of works that include, or relate to, selfies, but it is certainly a lot of fun.

Some of the highlights in this respect are the more interactive works. Daniel Rozin’s Pom Pom Mirror (2015) uses a motion sensor to reflect a viewer’s image in real time on a matrix of sumptuous, mechanically turned cream and black faux fur pom poms.  Prolific electronic artist Rafael Lozano-Hemmer also has two interactive pieces in the show: The Year’s Midnight (2012), which anticipated some of the dynamic filters now commonly available on smartphone camera apps, and, in collaboration with Krzysztof Wodiczko, the much more sinister Zoom Pavillion (2015). The latter piece recalls Lozano-Hemmer’s earlier Surface Tension (1992), replicating the paranoia of surveillance by projecting live video of the gallery space on its four walls, using facial-recognition software and zooming in on visitors as they move around.

Some interactive elements were more superficial, for example in the first room of the exhibition where a series of large screens sharing the dimensions of smart phones displayed some of the famous self-portraits of Western art history. Van Gogh, Rembrandt, Schiele, and Kahlo were all present, and visitors were able to “like” the paintings on a Huawei handset hooked up to each screen – one of the exhibition’s many instances of product placement. There was, perhaps, a subtle commentary present here about the commodification of art, a kind of Benjaminian argument for the age of digital reproduction. Another example was to be found in the way the galleries and their contents were segregated: portraits from artists, celebrities, and the public all had their place, hinting at a new online class structure where exposure and “likes” outweigh all else.

In addition to the shows by established artists and photographers, in the months leading up to the exhibition the gallery and phone manufacturer ran a selfie competition, the winners of which were given their own space. At times, the content moved away from the idea of the selfie altogether and sought to explore how mobile phone technology can be used artistically elsewhere for instance in landscape photography. Whilst the creations in these areas were both valid and interesting in their own right, they detracted from more pertinent questions around how technology interacts specifically with self-perception, as illustrated in the work of artists like Erica Ulman, an image from whose infamous Instagram series was included without commentary. In places, it seems, coherence is sacrificed to marketing strategy.

This is not unexpected when a major institution teams up with the world’s third largest developer of mobile phone technology, and nor is it a grave criticism. There is room in our time for an display that engages the selfie phenomenon with genuine critical depth, but in the meantime From Selfie to Self-Expression is a stimulating, visually diverse, and entertaining show.

From Selfie to Self-Expression runs until 30 May. For more information: www.saatchigallery.com 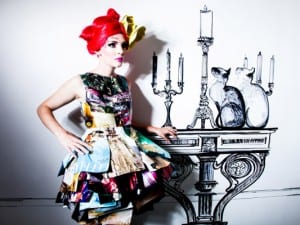 Interview with Gabby Young and Other Animals

One Foot in Front of the Other is the latest album to be released by Gabby Young & Other Animals. The compilation covers the styles fans will be accustomed to and continues to defy labels. 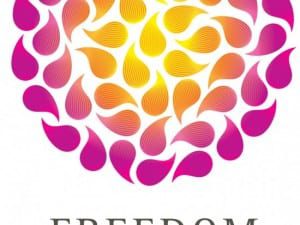 From Selfie to Self-Expression at Saatchi, London, asks questions about the changing notion of photography, portraiture and the digital era. 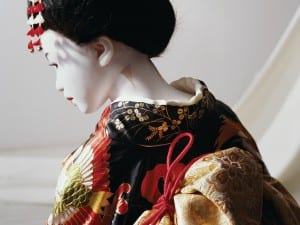 The Arts Club in London presents a selection of work spanning the career of American photographer Laurie Simmons. Gender and sexuality are recurring themes in her work.