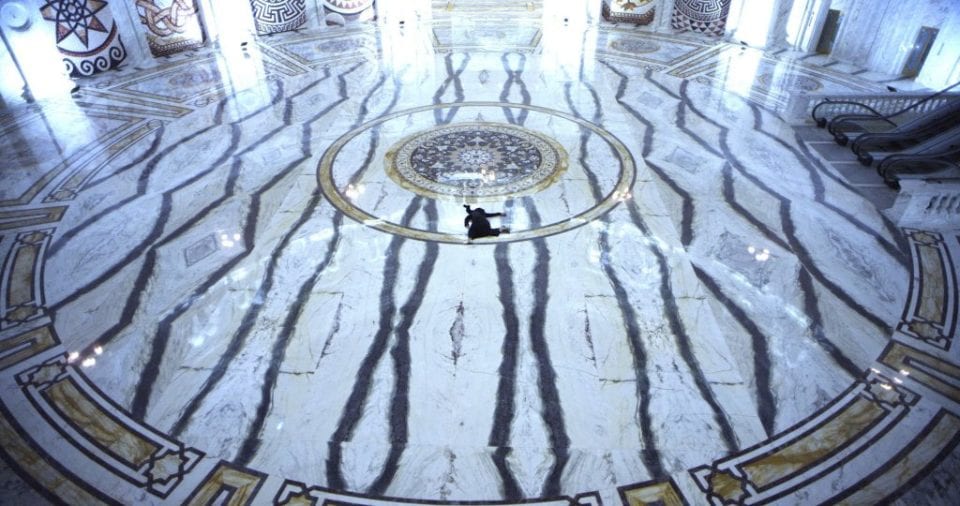 EVERYTHING MUST GO captures the chaotic, almost apocalyptic nature of consumerism. The immersive installation from Sophia Al Maria (b.1983) at The Third Line, Dubai, is a duplication of Black Friday (2016) from a solo exhibition at The Whitney Museum, New York. Al Maria invites viewers to experience the confusion and pandemonium of a retail event internationally recognised for encouraging anarchy, fostered by contemporary capitalism cultures.

The earlier piece features the empty shopping malls of Doha, Qatar. Shown outside a museum context for the first time, the projected video offers a sinister view on the consumer, contrasting bright, retail displays with an empty, eerie space. On a monumental scale, the buildings are depicted as great, temple-like structures dedicated to capitalism, placing the iconography of religion next to the culture of commerce as an evocative comment on society.

The show highlights the artist’s recognisable method of juxtaposition, placing emblems alongside military imagery. This contemplates a dystopian future of the industry, whereby to quell the chaos, force must be used to reinstate order. The composition consists of a series of vivid stills from Black Friday, ornamented with army idioms or vocabulary from cosmetic and beauty advertising. The resulting groups of words is a nonsensical, obscene combination, reflecting on the disarray that such events foster.

Al Maria has consistently contemplated methods through which to represent 21st century life, using art, writing and film to make sense of the contemporary world. Focusing on the issues faced by the Persian Gulf, she coined the term “Gulf Futurism” to describe the accelerated urban and economic development of the area over the last decades. From an exploration of environmental damage to religious conservatism,  the anxieties of the region’s modern cities have been articulated by the Qatar-born filmmaker. 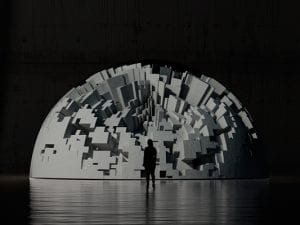 At the heart of Future Now is the understanding that bringing artists together encourages discussion, our portfolio reviews reflect this. 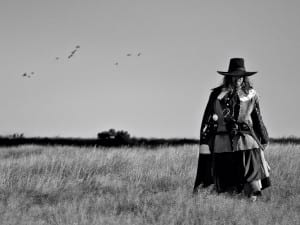 A Field in England, the fourth feature film from british director Ben Wheatley, is a visceral experience; a psychedelic period drama that utterly immerses its audience. 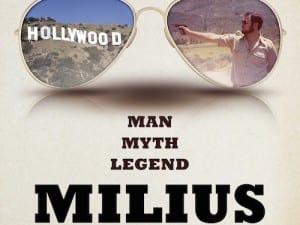