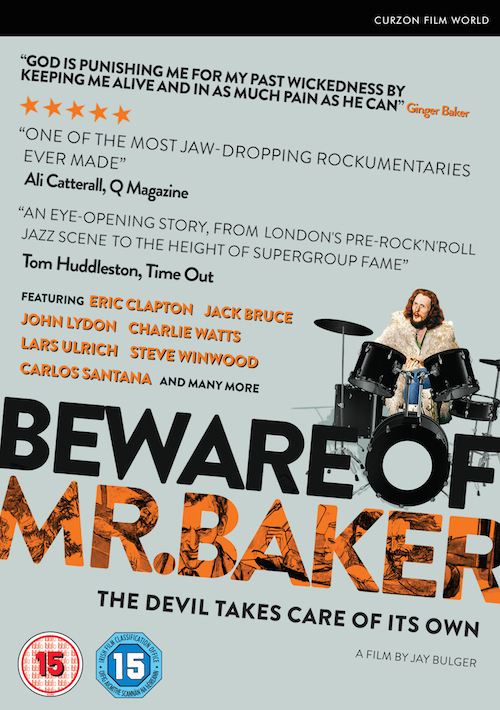 Beware of Mr Baker couldn’t be more of an accurate title for this invigoratingly humorous biopic of one of the greatest drummers the world has ever seen: Ginger Baker. Hidden underneath layers of profanity, drugs, women and touring is the tale of a unique, complicated soul who truly lives for the music.

Filmmaker Jay Bulger performs the seemingly impossible task of creating a subtle portrayal of a brash and heavy subject matter. A child of war-torn Britain, Baker grew up tough and found his otherworldly drumming talent as a self-described “gift from God.” Bulger is careful not to glamorise his rock and roll lifestyle, trivialise his pain and focus on his father or familial dramas. Instead, Baker’s great admiration for the intricate timing in music and the freedom found in his passion for drumming take precedence in the story’s arc.

Following Baker across the world, through a number of wives, trips to Africa with Fela Kuti, a polo obsession and his struggle with a degenerative illness, Bulger’s work is a gripping documentation of one of the world’s great musicians.