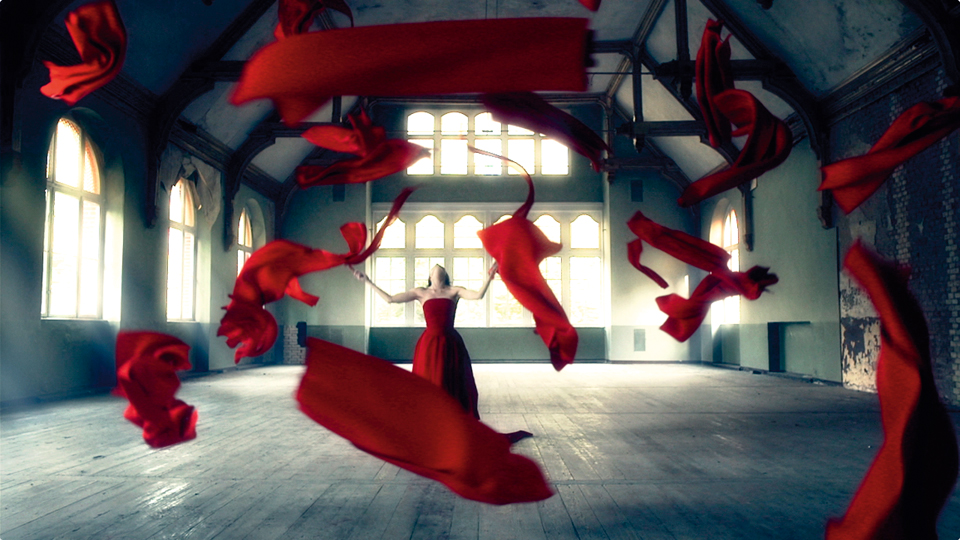 Discover the highlights from this year’s Aesthetica Short Film Festival and watch a selection of the films we screened across the city.

Film is one of the most immediate art forms; it inspires, challenges and defines moments. The Aesthetica Short Film Festival (ASFF) is a celebration of creativity, a place where industry and audiences meet, and it is one of the UK’s most exciting site-specific events. This year we screened over 300 films in 15 locations throughout the city of York from 7-10 November. We have taken the idea of pop up cinema to its limits and dared to screen films in some of the UK’s most iconic and treasured buildings. If you missed it, we are giving you a chance to sample a selection of the films from this year’s event.

ASFF started because of an initiative that we launched with the magazine in 2010. As a company, we have an ethos and commitment to supporting and championing emerging talent; it’s something that we take very seriously and so four years ago we launched the Aesthetica Short Film Competition to bring the work of new filmmakers to a wider audience. We produced a DVD to release with the December 2010 edition of Aesthetica but received an overwhelming number of entries. This was fantastic but it soon became apparent that a DVD wasn’t the best method to represent these filmmakers as we were restricted by disc space. Only 13 filmmakers were able to be included on the DVD. This would have been fine, except that out of the 1,000 who didn’t make it, there were at least 150 others who were good enough to be included. There was an underlying feeling that we had let down those 150 filmmakers whose works were rejected not because of the quality, but because of the limitations with the format.

This was highlighted again later that year when we were invited to BAFTA to speak with filmmakers about working with brands like Aesthetica. Many of the filmmakers who had entered the competition were there and asked for feedback: while for some it was a simple case of advice about how to improve their filmmaking, it was more difficult to speak with those who had made fantastic work but who we had been unable to include for the reason of space.

On the train journey back to York, which is just under two hours, a plan was hatched: we would start a film festival. It seemed the obvious thing to do and after much planning, hard work, and tenacity the first ASFF took place in 2011. Now it is three years later and ASFF 2013 has just finished. It has been a fantastic year with delegates attending from across the world – Japan, Canada, USA, Brazil, all corners of Europe and from across the UK.

ASFF captures the atmosphere of York and works with the architecture of the city, uniting the historical and the contemporary. It’s a unique approach and there’s no other festival in the UK that uses its city in quite the same way. This year we also had several new additions: guest programmes from Kuwait, India and Mexico as well as archive film and the BAFTA 2013 winners and nominees. Representatives from BAFTA, Film4, London Film Festival, Edinburgh International Film Festival, Film London, Cowboy Films (Marley and The Last King of Scotland), Tandem Animation, Sheffield Doc/Fest, Warp Films and Raindance all attended. We hosted several networking sessions where filmmakers and the public could meet each other – the overall atmosphere was electrifying.

It was fantastic to see conversations being had and new collaborations being born. Short films often suffer from the perception that they are inferior to feature-length films, but that simply is not the case. Many of these filmmakers are working on the same level as highly respected directors in the industry – making the circuit, getting their name out there and showcasing themselves and their films. For me, ASFF is a brilliant platform to engage with new talent and to help nurture it and make more people aware of these filmmakers so that they go on to become household names in the future.

Working with filmmakers is what underpins the festival; however, it is also important to us that there is an audience to experience these films. This year saw thousands of people of all ages descend on the city: we also launched our Family Friendly programme to ensure that festivalgoers could start from a very young age – our youngest attendee was just one year old. As a festival we bring new films to audiences, sharing cinema that speaks to the heart and the mind and supporting independent filmmakers in an alternative way.

All of the films that were part of the Official Selection were up for an award in their category and it was a fiercely fought contest, with an incredible selection of work on display this year. The first winner was director Staten Cousins-Roe, who took the award for Best Comedy with his black comedy about a struggling euthanasia centre, This Way Out. Best Music Video went to Czlowiek Kamera for Call Me in the Afternoon, a deliciously surreal film to accompany the music of Canadian trio, Half Moon Run. Using split-screen to great effect, Kamera created his own wonderland deep in the woods, bringing an ethereal and fantastic landscape to life.

Belgium’s Emma De Swaef and Marc James Roels were the winners of the Best Animation award. Their charming film, Oh Willy, follows Willy back to the naturist community where he grew up and into the forest as he flees from grief. It’s a sensitive exploration of a potentially controversial narrative made striking by the way wool and textiles are manipulated to create the characters. The Documentary category was won by Mia Mullarkey for her film about Teresa Treacy, Danger Overhead Powerlines. Treacy became a surprising activist when she fought to protect her land from the Irish Electricity Supply Board (ESB) and the film is a touching portrayal of a small community’s battle against a powerful corporation.

ASFF retains its artistic roots with strands for Artists’ Film and Experimental Film and Prano Bailey-Bond was the recipient of the latter award for her film, Man vs Sand. Looking at the “live-to-work” ethic, Bailey-Bond satirises modern priorities with this post-apocalyptic, experimental short. Resonant and beautifully shot, it’s inspired by Theatre of the Absurd and contemplates man’s position in a meaningless world. Imran Perretta won Best Artist’s Film for Ma, which explores the subject of loss from an intensely personal angle. Meaning “mother” in Bengali, the film is an intimate portrait of the artist’s grandmother as she grieves for the death of her daughter, Perretta’s mother.

Best Thriller went to Lapsus, directed by Karim Ouaret, a provocative and exciting film that transforms a laundromat into an unexpected crime scene filled with suspense. The award for Best Drama went to Manjinder Virk with the compelling Out of Darkness. The film offers a unique glimpse into the conscience of an aid worker and is told by nine different voices straight to camera (including Tom Hiddleston, Riz Ahmed and Jimmy Akingbola). It’s a poignant and well-constructed narrative that bristles with honesty and is captivating and powerful in its simplicity.

Our People’s Choice Award is the moment when the audience gets to select the film that they think most deserves recognition at the festival. This year it went to a heartwarming animation, But Milk is Important. The film was created by Anna Mantzaris and Eirik Grønmo Bjørnsen about a man with social anxiety disorder who finds his routine life drastically changed when a naïve and clumsy creature appears and follows him. Finally, the Best of Fest award was presented to Manjinder Virk. Her film Out of Darkness is a bold example of storytelling and features committed performances from a stellar cast detailing the devastation of death.

It was a joy to once again have the opportunity to showcase such outstanding films and to celebrate short filmmaking across the world. However, ASFF is a mammoth event in terms of programming and takes 12 months to pull together, so first and foremost, a big thanks goes to the Aesthetica team. ASFF would not happen without them. We’d also like to thank York St John University, the BFI, City of York Council, York Means Business, York College, Coles Solicitors, 1331, City Screen, all of our venues, partners and of course, the filmmakers. We hope to see you at ASFF 2014, which will take place from 6-9 November, York. www.asff.co.uk. 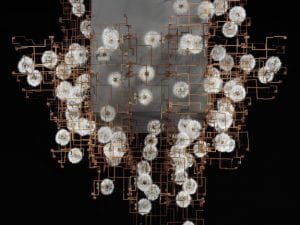 In anticipation of the V&A’s, London, new design hub opening next year in Shenzhen, an exhibition exploring unconventional Chinese design is at the T. T. Tsui Gallery. 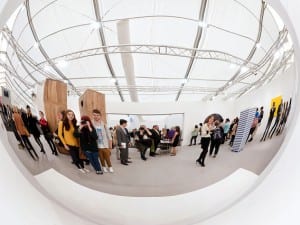 The past weekend one of the most renowned international art fairs settled into London’s Regents Park for an autumnal weekend of exploring galleries and artists well known and newly emergent. 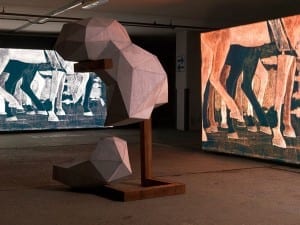 During Frieze Art Fair, artist Toby Ziegler in association with Simon Lee Galley, has installed a site specific show in the basement of Q Park, a car park accessed by lift and concealed below street level.