Arcangelo Sassolino’s (1967, Vicenza, Italy,) practice is developed to detain, enhance and set power free. Mechanics in essence do not operate negatively, because the knowledge of physics, linked to power, not only assumes the authority of the truth but has the power to make itself true. All technical knowledge, once applied to the field of physics, has its effects, and in that sense at least, becomes real. Interpreting  power as an element of resistance and demystification, Frankfurter Kunstverein presents two monographic shows with the only title “Mechanisms of Power”.

Selected works by Guatemalan artist Regina José Galindo and Sassolino are intertwined simultaneously. Both Steel and earth, and human and mechanical gestures create associations that arise from juxtaposition, facilitating new perspectives on both artists’ works within the course of the exhibition. However, the Italian artist is generally less interested in bringing a completed art work into an institutional white-cube space, compared to showing a material, be it a piece of wood or marble, that will gradually be stripped of its ‘flesh’ and maybe reach the point of collapse.

The transmission of knowledge through matter, in Sassolino’s Afasia 1 (2008), for example, is used to regulate the conduct of others through a non-communicative state. This entails constraint, regulation and the discipline of practice. Thus, there is no power relation without the correlating constitution of a field of knowledge, nor any knowledge that does not presuppose and constitute at the same time, these relations. Moreover, Afasia 2 (2008)  refuses to reduce his installations to a mere symbolic realm, constantly confronting his conceptual ideas with technical and scientific momentum.

The brand new sculpture Purgatory (2016), especially conceived for the exhibition, is determined by forces that can discharge their potential violence any time. As a whole, for his four large-scale sculptures and environmental installations, the artist uses industrial materials such as steel, solid wood, glass or concrete and pushes them to explore their limits of resistance. And under the impact of extreme vigour or violent tension, the scratches left by Untitled (2006-7) are carried up as traces pushed to their maximum “carving point”, thus pooling physical forces within the sculptures. The matter is therefore affected by this pull, changing the sculptures’ forms and creating brute noises after moments of static silence.

His four kinetic sculptures are systemically alive: they scratch, carve, launch and crush. Fabricated with the help of experts and engineers, each work mimics a human experience empowered by its own DNA. These anthropomorphic references are complicated by the fact that the objects can be menacing as well as captivating: while some are poetic, others confront viewers with seemingly dangerous and violent acts. The observer of Sassolino’s experimental arrangements is able to sense the emerging powers such as gravity, high pressure or extreme tension.

Calculating the change on the one hand, Sassolino otherwise leaves part of the formation process to the properties of the materials. Control and unpredictability fuse in his works and reveal themselves in a range of unusual sounds and shapes. Sassolino’s cross-border investigations always contain the danger of collapse, unleashing the suspense from within the sculpture. This risk becomes an elemental part of the artworks, once it influences the way they are perceived. Giving over parts of the artistic process to chance, Sassolino nevertheless carefully calculates the material properties of his works.

At the Frankfurter Kunstverein, his four works are installed in order to provide insight into mechanistic demonstrations. Under the impact of extreme pressures and tensions, the materials are tried and tested up. In laboratory-like setups, mechanical forces work in different intervals, levels of persistence and intensity and change the sculptures’ forms up to a tipping-point of sudden destruction and noise. But what happens to all the knowledge that is collected through Sassolino’s mechanisms of power? Isn’t that the most important question? It seems he offers a picture but ultimately leaves it to his audience to create a process for resistance: to figure out how to resolve conflicts ourselves. But who or what should we develop a resistance against, if we want to see changes in the realms of relity? He gave us instruments of analysis, but offered no weapons, influencing the way we see, and analyse, their inner principles.

Arcangelo Sassolino’s Mechanisms of Power is at Frankfurter Kunstverein until 17 April. 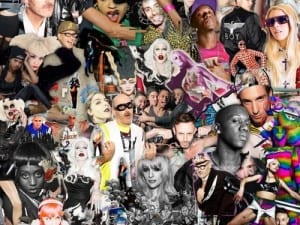 Conceived from the notorious club night of the same name, Super Electric Party Machine has concocted a high octane, fierce explosion of an album. 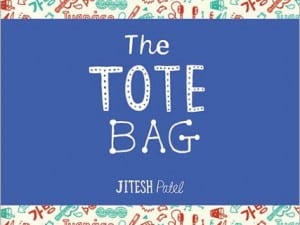 As tote bags have progressed from basic canvas to a myriad of designs and messages, they have ultimately become an extension of the carrier’s wardrobe. 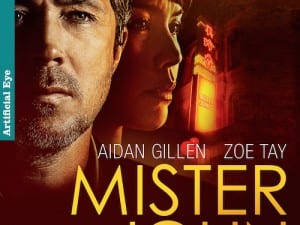 In Mister John, Gillen straddles two worlds – the one he wishes to leave behind and an alternative existence occupied by someone he once knew, but no more.