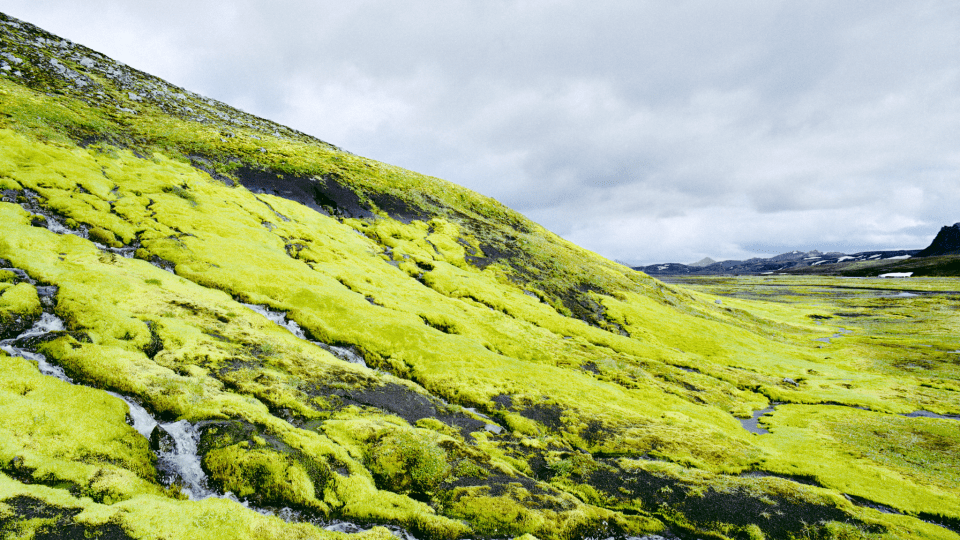 Digital media has become totally pervasive in everyday life. Smartphones are now common social artefacts, with users craning their necks low, avoiding their immediate surroundings in favour of the omnipresent screen. This phenomenon is observable in virtually every setting, public or private, within the contemporary world. Investigating this behaviour is Fotomuseum’s latest exhibition, Unwired, by Jacqueline Hassink, who extends her interest in networks of global socioeconomic power into the realm of digital media, specifically the now-symbiotic connection between smartphone and user.

The exhibition comprises two projects: Unwired Landscapes and iPortrait. The former features photographs of places in the world with no mobile coverage or Wi-Fi connection, also known as “White Spots.” These locations are far-flung across the globe, including the Japanese island of Yakushima, the Norwegian island of Svalbard, and inland Iceland. Also pictured is a digital detox spa in Baden Baden, where guests can stay in rooms artificially protected from devices. In contrast, iPortrait depicts subjects in metropolitan transit areas who are absorbed by their phones, removed from the environment by the allure of the screen. The photos focus on travellers’ emotional expressions through body language and intensive involvement with their phones.

Hassink designed the exhibition space in collaboration with graphic artist Irma Bloom. Visitors are guided through Unwired’s large-format landscape photographs with the assistance of a multimedia installation, evoking data networks that contrast stimulation with stillness. The dissimilarity between remoteness and connectivity questions what effect a severance from the online world has upon the viewer, suggesting that the serenity so desired by the modern individual lies not in the over horizon of the web, but rather through disconnected introspection.

Unwired can be seen at the Nederlands Fotomuseum from 20 January. Find out more at www.nederlandsfotomuseum.nl 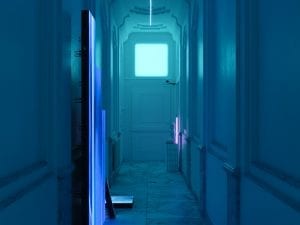 Brighton Digital Festival presents Dominic Hawgood’s Casting Out The Self, a site-specific virtual installation and animation 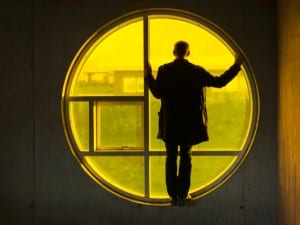 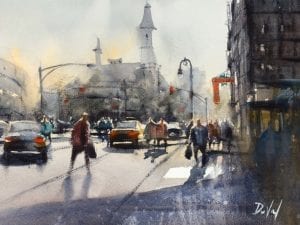 Jersey City-born watercolourist John DuVal strives to capture the light and colour of urban landscapes to create a fresh, yet familiar feel for the viewer.